Can someone explain how to verify the presence of Rashba effect from the band structure calculations?

Theory. The Rashba effect can be described with a 2-band model:

where $\alpha_{\mathrm{R}}$ is the Rashba parameter and all other terms have their usual meanings. Diagonalizing this Hamiltonian gives the energy dispersion:

The first term is the usual quadratic dispersion of electron bands, which is independent of the Rashba parameter, whereas the second term splits these bands to lead to the characteristic shape of Rashba bands: 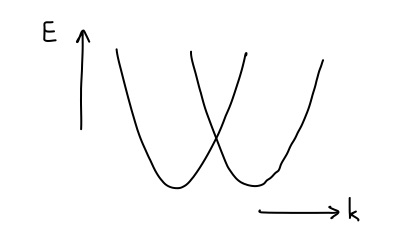 As the Rashba Hamiltonian is isotropic in $(k_x,k_y)$, then $k$ can be any direction in that plane.

When you diagonalize the Hamiltonian you also obtain the corresponding wave functions, which are:

$$ |\psi_{\pm}(\mathbf{k})\rangle\propto\begin{pmatrix} 1 \\ \mp ie^{i\phi} \end{pmatrix}, $$ in circular coordinates where $\mathbf{k}=k(\cos\phi,\sin\phi,0)$. You can then calculate the spin texture associated with these states by calculating the expectation value of the vector of Pauli matrices:

At an energy below the crossing point of the bands you get this spin texture:

In the right diagram, the red and blue arrows represent the "spin" direction at that $\mathbf{k}$-point of the circular projections of the bands at constant energy $\epsilon$. And at an energy above the crossing point you get this spin texture:

Your question. So how do you verify the presence of the Rashba effect from band structure calculations? Essentially, you will have the Rashba effect at a band edge if you can describe the band energies according to the equation for $E_{\pm}$ above, and the spin texture according to corresponding equation above. No realistic material will exactly match those expressions (for example because the Rashba Hamiltonian is isotropic in the $(k_x,k_y)$ plane), but if the bands are close enough, then the system is said to exhibit the Rasbha effect. I should add that the term "Rashba effect" is used very generously, so even when the band energies and spin textures deviate significantly from those of the Rashba Hamiltonian, people may describe them as Rashba bands.

The two-band theory of the Rashba effect has been explained nicely by @ProfM.

I will add more information from the practical viewpoints based on first-principles DFT calculations.

In real materials, there are two key points to observe the Rashba effect:

If your system holds these two properties, you probably can observe Rashba spin splitting. Specific to 2D materials with the previous two requirements, you can go through the following procedures to verify the presence of the Rasbha effect: 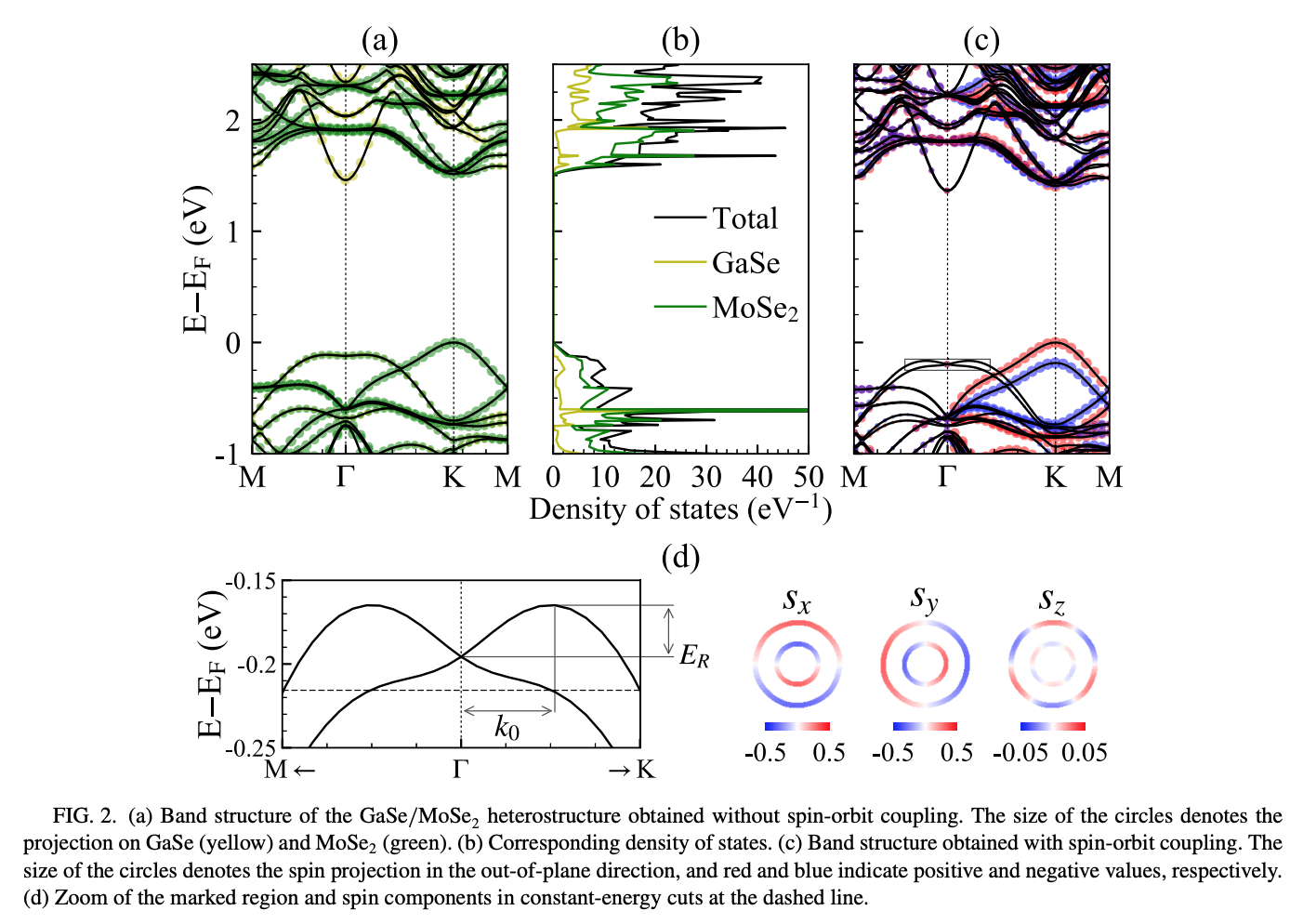 PS: Usually, the Rashba splitting in real materials can only be approximated by the Hamiltonian explained by @ProfM due to the existence of crystal field.

12
DFT vs tight-binding solutions for a Dirac cone in graphene: Why is the DFT version squeezed?
11
Phonon Calculations for Bilayer 2D systems
16
Properties that can be deduced from Band structure and DOS
12
How to know optimal K-points grid values for good DFT calculation?
11
How can I properly attach ligands to a surface?
11
k-points value in KPOINTS file for the VASP band calculation
11
Temperature Effect on Band gap in solid state calculation