We changed our privacy policy. Read more.
This site is currently in read-only mode; we'll return with full functionality soon. Follow @StackStatus or visit our status blog for more info.

Studying the interaction of a boron-nitride nanostructure with lead, we calculated the wave function using Gaussian software (single point energy with basis-set mix 6-311G++/lanl2dz and hseh1pbe functional) and did a topological analysis using the Multiwfn software.

From the QTAIM analysis we got the the lead make a bond with one nitrogen atom at the nanostructure surface. This is due to the interbasin path together with the bond critical point between both atoms.

The electron localization function is shown in Fig. 2. According to its definition1, ELF took values among 0 and 1. The upper limit ELF=1, correspond to perfect localization and ELF=1/2 correspond to electron-gas like probability.

My doubts is: after looking to Fig. 2, if a bond is formed between lead and nitrogen atoms, we shouldn't expect more red regions between both atoms? 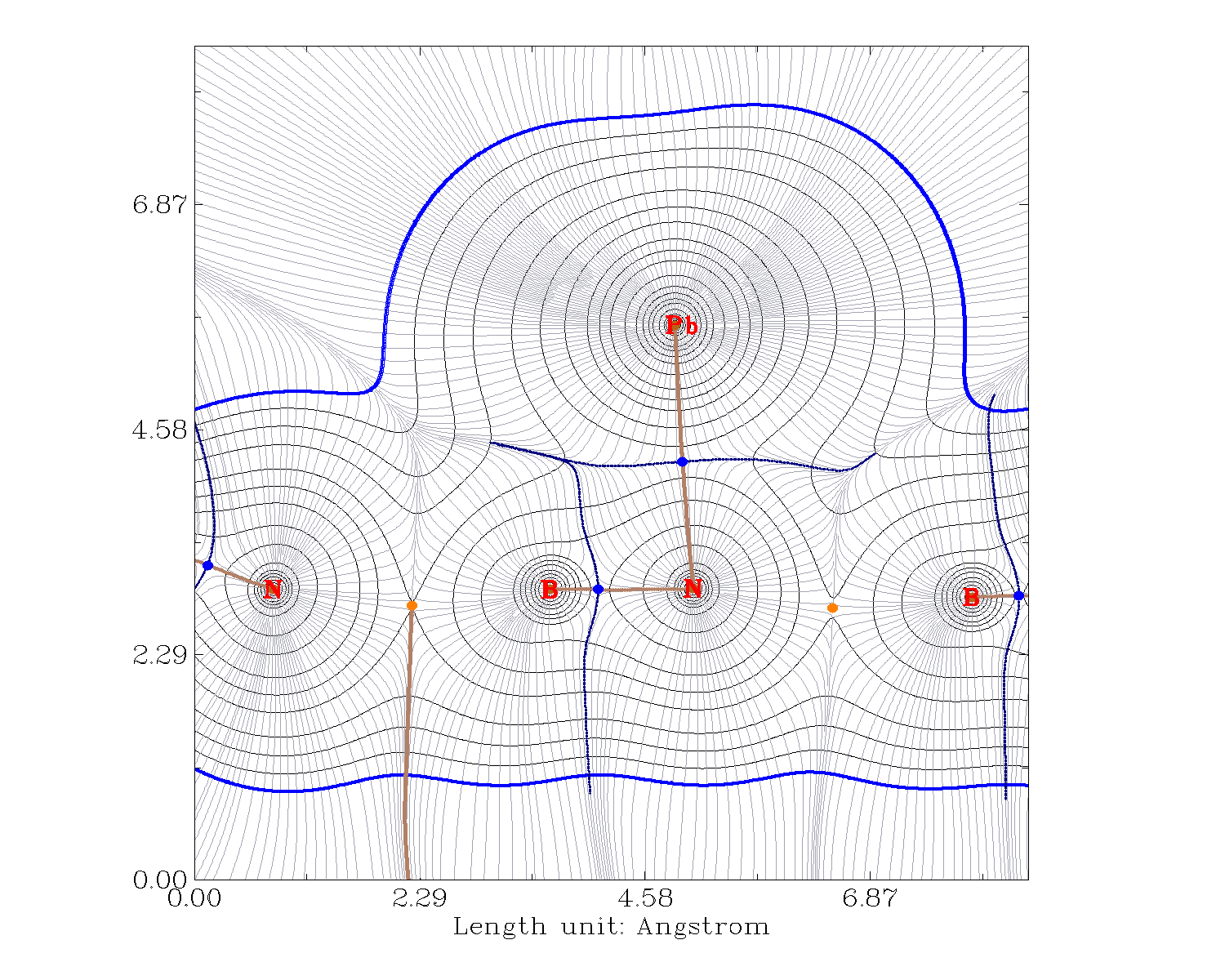 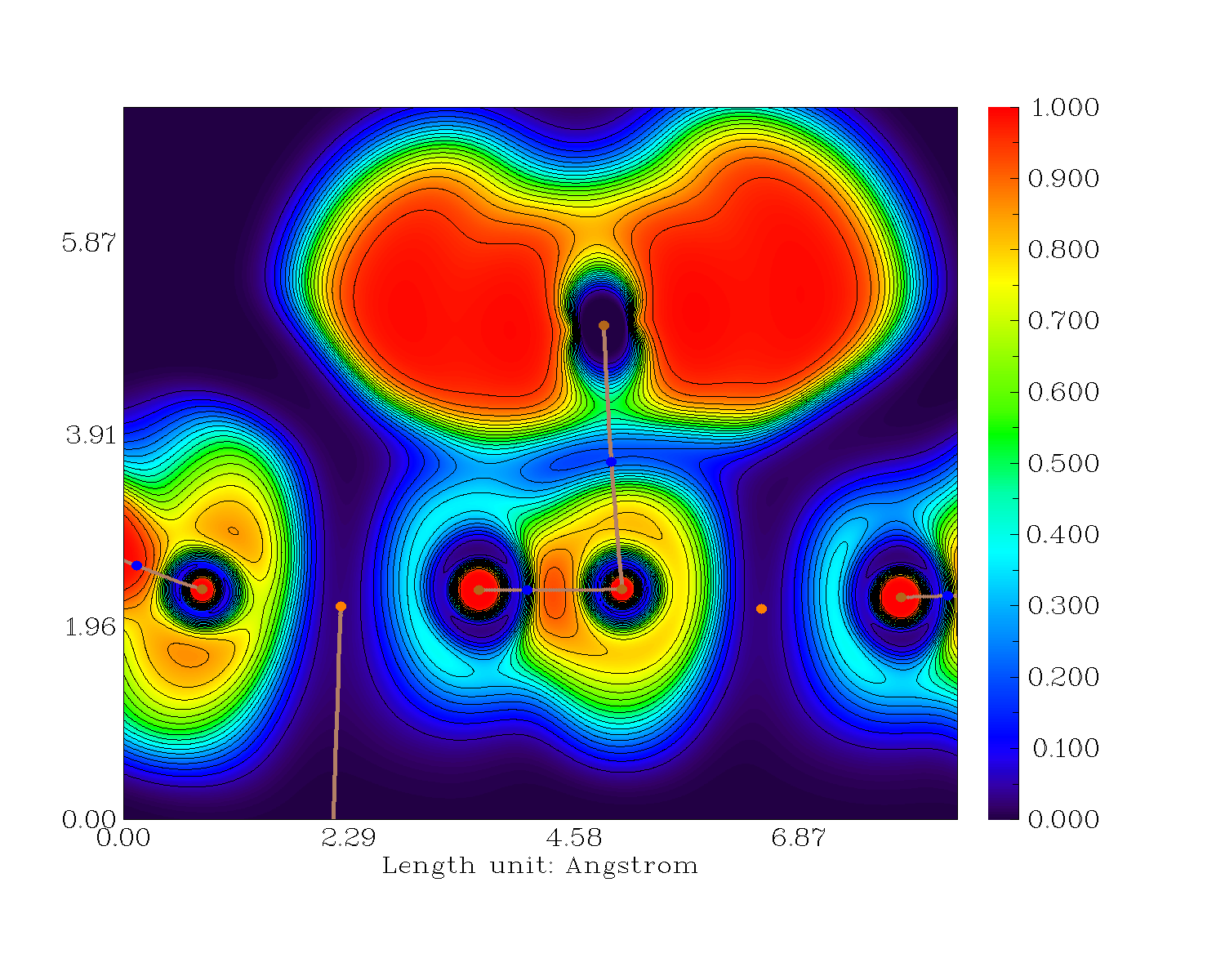 Where: $\tau _\sigma$ is the kinetic energy for spin $\sigma$, and $\rho$ is the electron density.

This site is temporarily in read only mode and not accepting new answers.