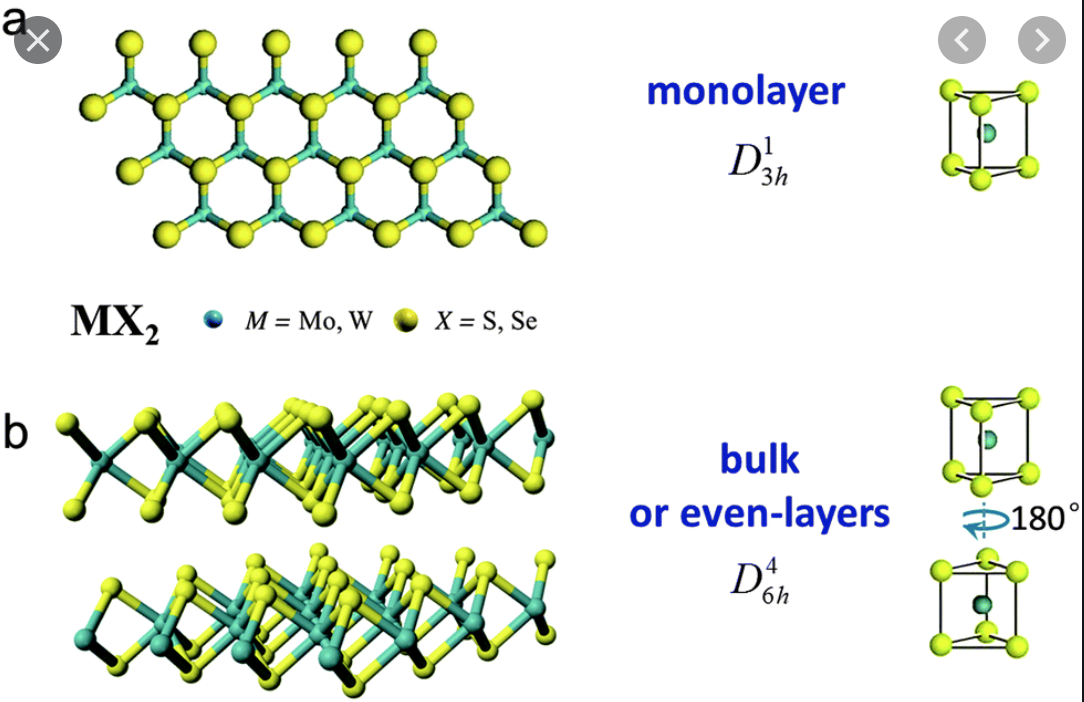 Let's give it another go: In the monolayer you would place the inversion centre on the green atom. But this would reverse the direction of the trigonal prism formed by the yellow atoms. Hence, there can't be an inversion centre.

In the bilayer the inversion centre is between the layers. Then the direction of the trigonal prism is reversed but it is also translated into a different layer, which is arranged in the proper way. Placing an inversion centre between layers is only possible if you have an even number of layers.

Not the answer you're looking for? Browse other questions tagged from-phys-se symmetry space-groups 2d-lattice dichalcogenides or ask your own question.

9
What is the difference between U(1) and O(2) symmetry?
7
Are there computational methods for the determination of the point group symmetry of a molecule of a given geometry?
10
How to analyze the band symmetry with Quantum ESPRESSO?
8
What will break the time-reversal symmetry?
8
Valleys and time reversal symmetry (Zeeman effect)
11
How does a beginner condensed matter theorist working on real materials, get up to speed?
7
Symmetry group of p-benzoquinone
10
How to extract the crystal symmetry from VASPs POSCAR/CONTCAR file?