What's the meaning of absorbance in the absorption spectrum calculated by the GW-BSE method? 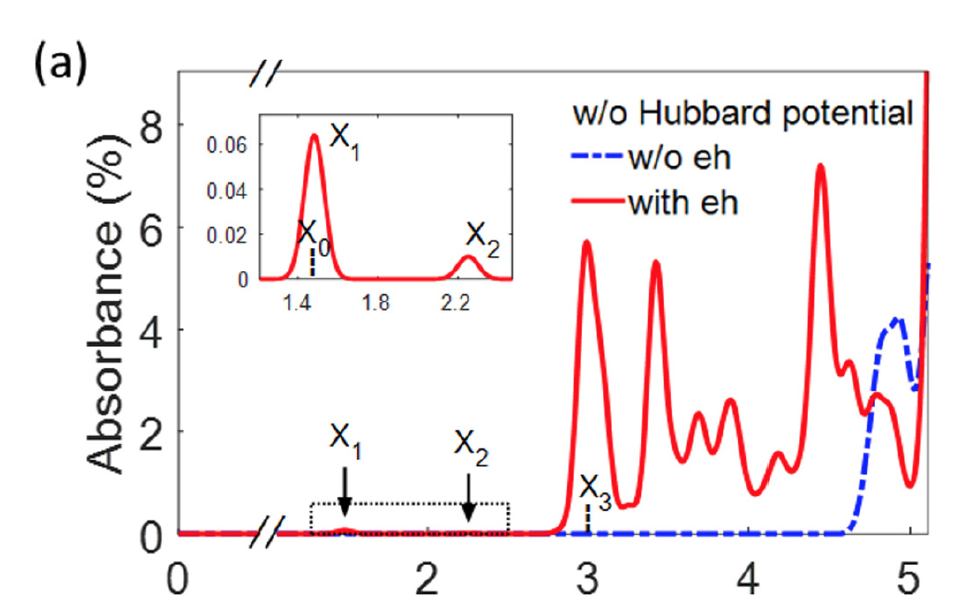 PS: this figure is cut from this paper.

The term absorbance does not have anything directly related to the GW approximation or the Bethe-Salpeter equation (BSE). The "absorbance" is a property of a material, while GW and BSE are just methods of calculating things. It's similar to saying that the conductivity of a material has to do with how much a material allows the flow of electrons, but nothing directly related to "DFT" which is just a method that can be used to estimate conductivity.

So what is absorbance? I searched "absorbance" in the paper and it appeared only a few times, and the second instance was their definition of it:

"we plot the optical absorbance by $A(\omega) = \frac{\omega d}{c}\epsilon_2(\omega)$, where $\epsilon_2(\omega)$ is the calculated imaginary part of the dielectric function and $d$ represents the distance between adjacent $\ce{CrCl_3}$ layers along the periodic direction of our calculation."

Much more can be said about absorbance in general, but in the specific paper figure in the question, it is exactly defined by the formula in the above quote. The definition with words rather than formulas is given here:

The last link I gave says that one of the "measures" of absorbance is the "complex dielectric constant" which leads to this page that defines it as the permitivity of the material divided by the permitivity of a vacuum. In the paper's formula for absorbance, $\epsilon_2(\omega)$ is simply the imaginary part of this "complex-valued dielectric constant".

Finally you asked whether or not the two small peaks are meaningful, which I feel can be asked as a separate question. I don't think anyone working on that specific paper or its immediate community knows about Matter Modeling Stack Exchange yet (since we're still so new and small), but at least I can say that those small peaks were significant enough for them to show them in an inset figure.

They also go on for multiple pages talking about $X_1$ and $X_2$, especially in this part which highlights their importance:

"Importantly, we observe two characteristic excitonic peaks in the optical spectrum at the low energy regime, which are marked as $X_1$ and $X_2$ at 1.48 and 2.25 eV in Fig. 3(a), respectively. It is worth mentioning that more excitonic states are around $X_1$ and $X_2$ while most of them are optically dark. In the inset of Fig. 3(a), we also mark the lowest energy dark exciton, $X_0$, whose energy is about 20 meV below $X_1$ but its dipole oscillator strength is about four orders of magnitude smaller than that of $X_1$."

Not the answer you're looking for? Browse other questions tagged gw-bse or ask your own question.