Si energy band values are not matching with literature values

I have performed the DFT calculation for Silicon in Quantum ESPRESO. I have tried to calculate the electronic band structure, the shape of wiggles of bands are mostly matching but the energy values are not matching with the referenced literatures. I have attached the figure of the calculated band structure by me. 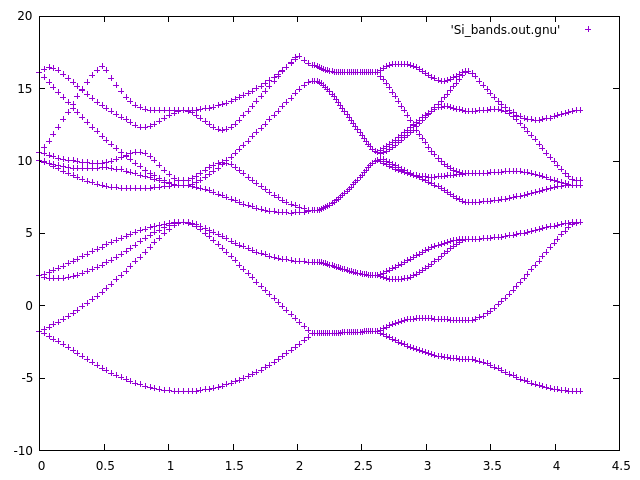 It's valance bands are going above the '0' value, which is not correct.
Please, suggest me how I can resolve this energy value issue. It will be helpful in my learning process.
Thanks!

The y-axis corresponds to the direct eigenvalues from your DFT calculation. You need to set the valence band maximum to '0' manually. The DFT output of your calculation will give the highest occupied state energy (or the Fermi energy, if you use occupations smearing). So whatever that energy is, subtract that from the energies in your band plot.

A note on the Fermi energy value outputted in DFT codes: it's only really useful in the case of metals, or when likewise there are occupied states at the Fermi level, such as in heterostructures, slabs etc. In insulators and semiconductors, its position within the band gap depends on the smearing and some other computational factors, and isn't physically meaningful.

When you do align to the Fermi energy (by defining $E_F=0$) in these cases, you should use the value calculated from the scf calculation. Prof. Stefano de Gironcoli answered this question in the Quantum Espresso mailing list (pw_forum):

Not the answer you're looking for? Browse other questions tagged density-functional-theory band-structure quantum-espresso crystal-structure brillouin-zone or ask your own question.