Why are there some residual magnetic moment on the zigzag graphene nanoribbon passivated with H atom?

I am considering the relaxation for the following zigzag graphene nanoribbon. 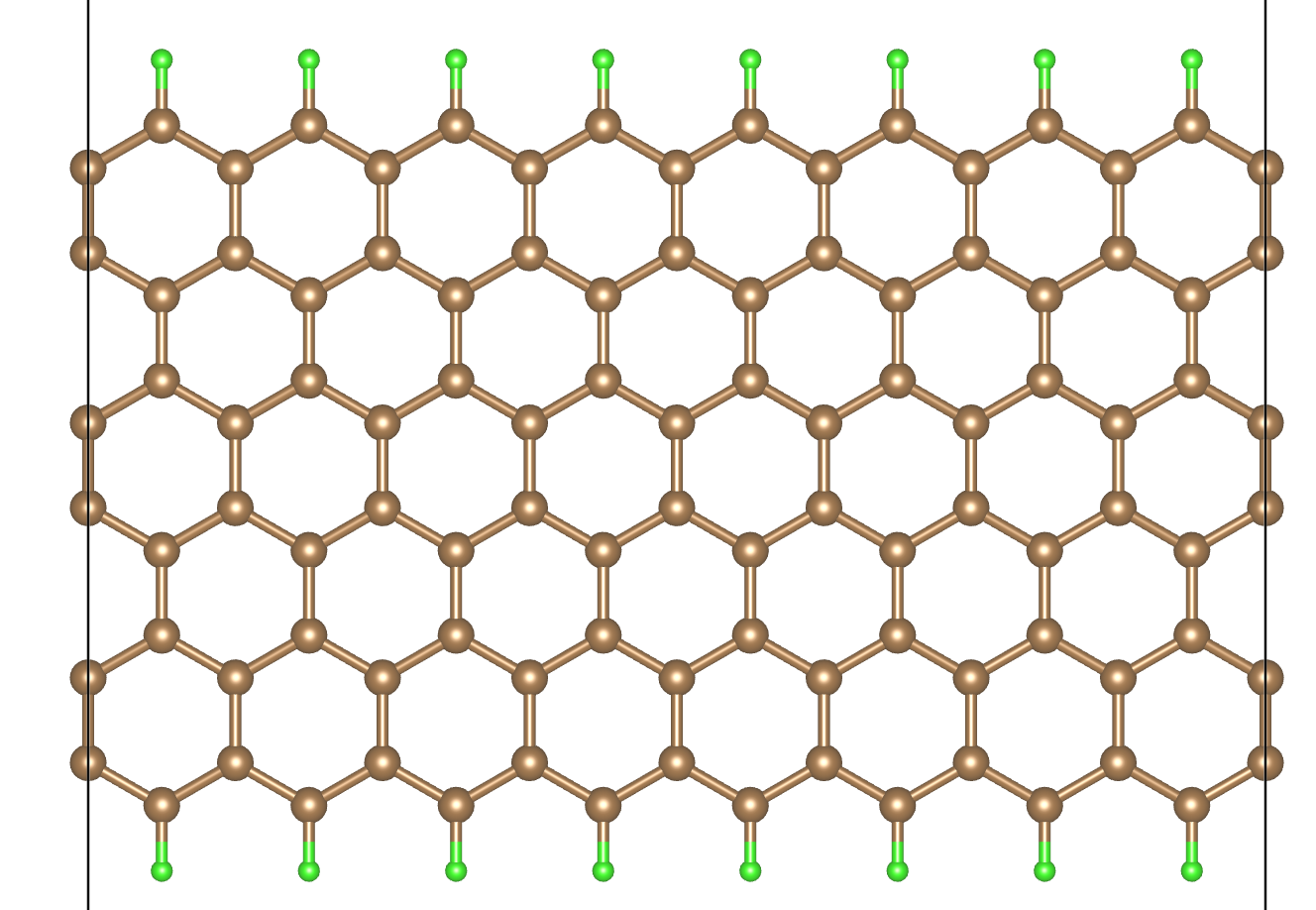 Here the boundary of the zigzag graphene(C: brown) nanoribbon has been passivated with one H atom. I have performed the spin-polarized and spin-unpolarized calculations with VASP. Surprisingly, I found that the spin-polarized calculation gives me lower total energy. Moreover, the total magnetic momentum can be traced back to the C atom passivated with H atom.

This is consistent with some work we did on graphene nanoribbons a few years ago. We used LDA for this work, though from memory PBE gave similar results. This was using CASTEP, so different pseudopotentials to you and a different implementation of the plane-wave DFT method, so it can be considered independent verification.

Like you, we found that the bare zigzag edge was spin polarised fairly strongly (this is well studied now); passivating with one hydrogen per edge carbon reduced the spin polarisation enormously, but did not completely suppress it; and passivating with two hydrogens per edge carbon led to a non-spin-polarised ground state. The most stable edge structure was the two-hydrogen passivation. We published our findings here:

Not the answer you're looking for? Browse other questions tagged density-functional-theory vasp nspin or ask your own question.

17
Are there problems with the Tran-Blaha modified Becke-Johnson potential (mBJ, a.k.a. TB09) in Quantum ESPRESSO?
12
DFT vs tight-binding solutions for a Dirac cone in graphene: Why is the DFT version squeezed?
16
Why is the band gap of graphene "opened" in this VASP calculation?
11
Effect of ISYM tag on Partial Density of States (VASP version < 6)
8
Evaluate the orbital magnetic dipole moment within the PAW sphere
16
What's the difference between spin-unpolarized, spin-polarized and non-colinear calculation?
8
What are the pitfalls for the simulation of MOF materials with VASP?
9
Why do we need to build a supercell to use the DFPT in Phonopy interfaced with VASP?
9
Is the "Final Magnetic moment" in the materials project repository same as the "total magnetization" value in Quantum ESPRESSO output files?
16
How to explain to a five year old why "DFT with local exchange–correlation functionals do(es) not describe van der Waals interactions accurately"?