What has caused this apparent stagnancy, in the development of more efficient solar cells?

The NREL solar cell efficiency chart tracks the efficiency of research-level photovoltaics since 1976, and the most up-to-date version is presented below (it was updated in April 2020).

3-J (3-junction) solar cells have seen a steady improvement in efficiency from about 33% in 1999 to 44.4% in 2013, at which point no further research seems to have been done on 3-J solar cells (according to the NREL chart at least). At around the same time, the company Soitec put 4-J cells on the map, the fist one having an efficiency of 44%, followed by a steady increase in efficiency up to 47.1% in 2015. When I say "steady" increase, I mean that the slope we see in the curve for 4-J cells is roughly the same as the slope we see for the 3-J cells from 1999 to 2013, which was excellent progress in increasing solar cell efficiency.

But suddenly it stopped. 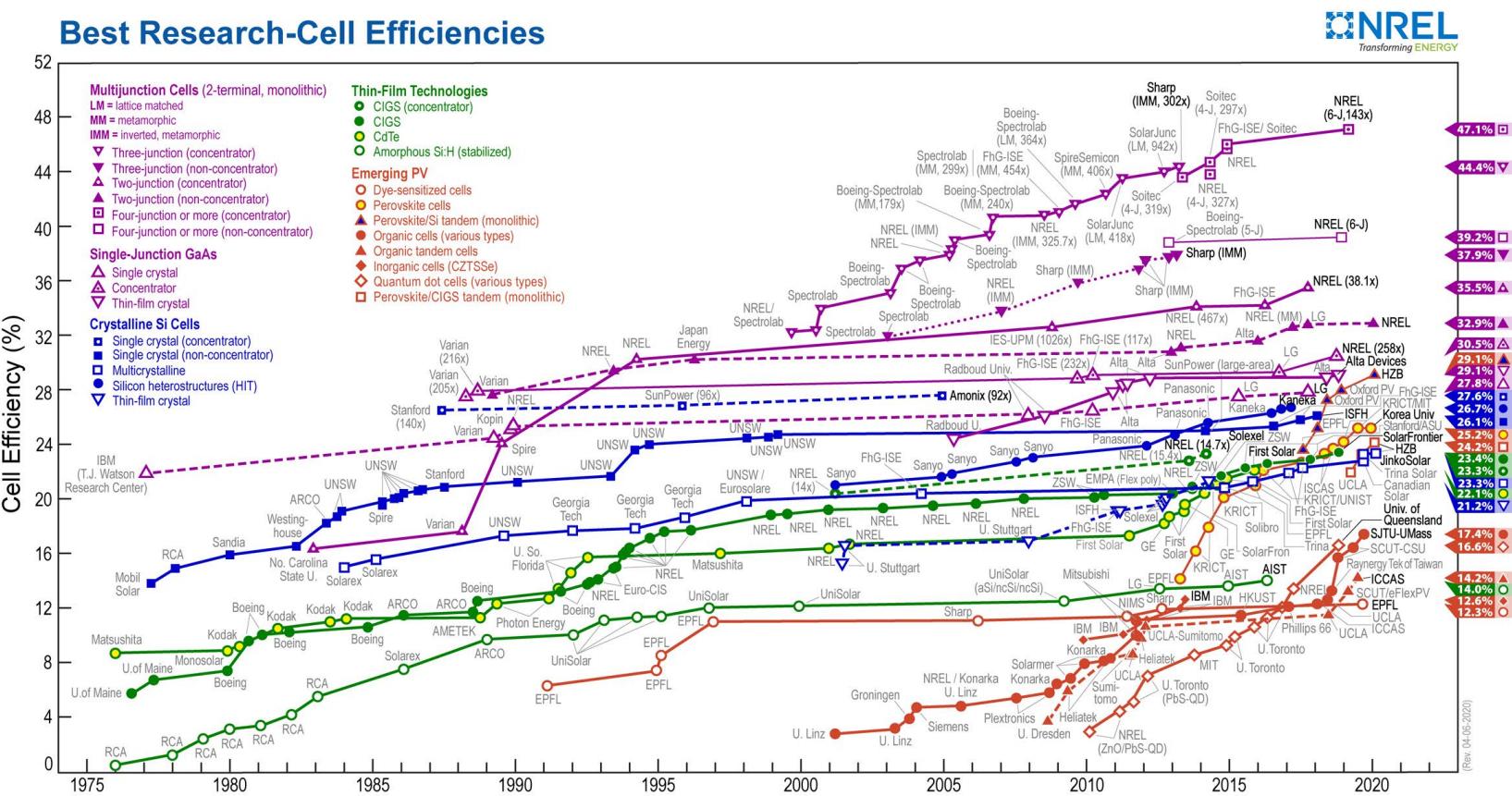 solar-cells multi-junction-photovoltaics energy-conversion
Share
Improve this question
edited May 4, 2020 at 23:32
Nike Dattani
asked May 3, 2020 at 22:00

I suspect it's a combination of three factors:

And third, solar panels are a reasonably mature commercialized technology. Efficiency is "good enough", and research effort is directed more towards making cheaper cells than making efficient cells. Most users, if they need more power, can just put up a bigger array, they don't need a more-efficient one.

Not the answer you're looking for? Browse other questions tagged solar-cells multi-junction-photovoltaics energy-conversion or ask your own question.

13
Has materials modeling made any specific contribution to the success of perovskite solar cells, or has it only been experimental?
5
Has DFT helped in development of better solar materials?