What is nscf calculation in Quantum ESPRESSO?

I have been using 'nscf' for DOS calculation since it is faster and therefore possible to use a higher kpoints. But why is it faster? why not use it in the place of 'scf'?

The central goal of KS-DFT is solving Kohn-Sham equation:

Here the atomic unit has been adopted. Note that the Kohn-Sham equation is a nonlinear differential equation and hence we need to solve it self-consistently. The workflow can be summarized as the following: 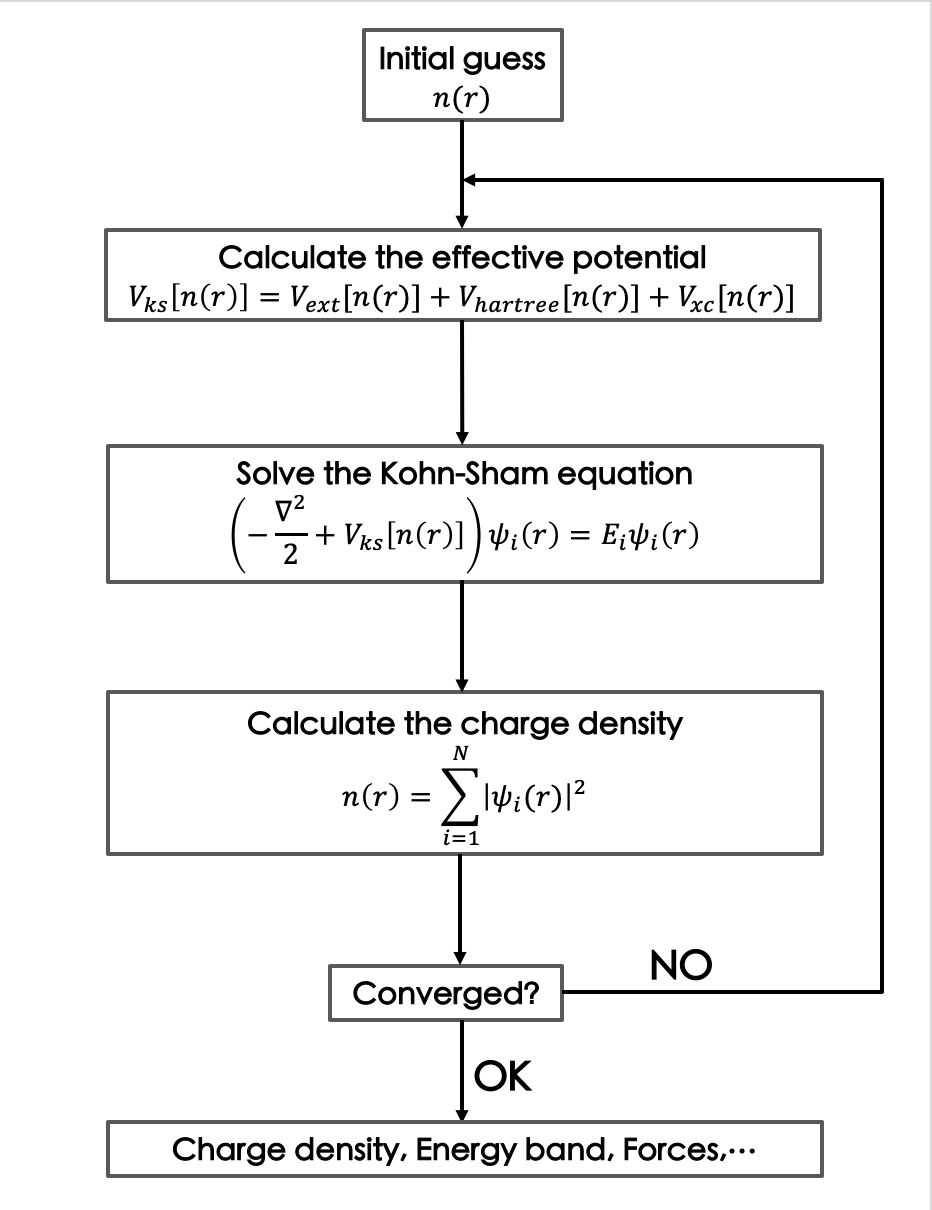 Once the self-consistent calculation is done then the converged charge density is obtained.

NSCF stands for non-self-consistent field calculation and, as explicit by its name, the calculation is not performed in a self-consistent fashion as the SCF (self-consistent field) one. The latter performs the solution trying to minimize the density charge functional until a predetermined limit in the energy difference between two consecutive steps. The convergence against the k-points mesh should also be achieved. Therefore the SCF calculation should be performed first to ensures the minimum Khom-Sham energy state that should resemble the system's ground state.