Why do we need to build a supercell to use the DFPT in Phonopy interfaced with VASP?

One of the greatest advantages of DFPT—as compared to other nonperturbative methods for calculating the vibrational properties of crystalline solids (such as the frozen-phonon or molecular-dynamics spectral analysis methods)—is that within DFPT the responses to perturbations of different wavelengths are decoupled. This feature allows one to calculate phonon frequencies at arbitrary wave vectors $\vec{q}$ avoiding the use of supercells and with a workload that is essentially independent of the phonon wavelength.

Phonopy is an open-source package for phonon calculations at harmonic and quasi-harmonic levels. In particular, Phonopy is interfaced with VASP. The following link is the tutorial about how to calculate the phonon band structure of NaCl with VASP+DFPT. 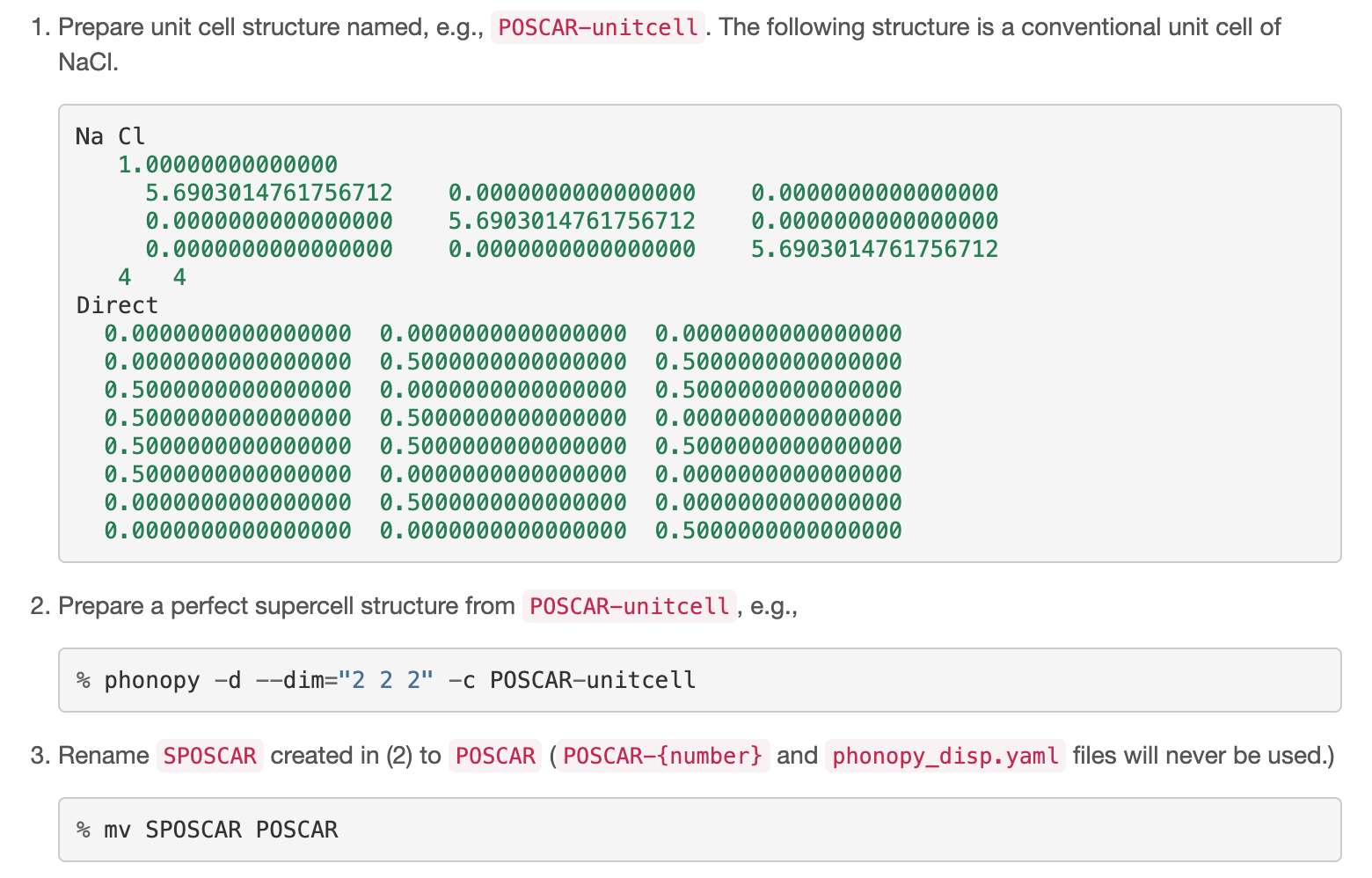 However, the second step of this tutorial to use VASP is the construction of a supercell. Why?

Disclaimer: I have never used Phonopy.

The advantage of using DFPT is that in principle it can be used to calculate a perturbation of finite wave vector $\mathbf{q}$ using the primitive cell. This should be contrasted with finite differences, which can only be used to calculate perturbations at the $\Gamma$ point. If you want to access a non-$\Gamma$ wave vector using finite differences, then you need to map that wave vector to the $\Gamma$ point by constructing a commensurate supercell.

I think the problem with the DFPT implementation of VASP is that it can only calculate phonons at $\Gamma$. This means that the DFPT implementation of VASP is then no different to a finite differences implementation, in the sense that you also need to build supercells to map the wave vector you are interested in into the $\Gamma$ point. In turn, this means that there is no advantage to doing the calculations with DFPT, you may as well use finite differences in this case.

Not the answer you're looking for? Browse other questions tagged density-functional-theory software vasp phonopy dfpt or ask your own question.

12
Why is the Nonequilibrium Green’s function (NEGF) method for quantum transport not implemented in plane wave codes like VASP and Quantum Espresso?
17
Why is the band structure of a supercell more dense than for simple cell?
15
Why is the band gap of graphene “opened” in this VASP calculation?
8
Why are there some residual magnetic moment on the zigzag graphene nanoribbon passivated with H atom?
13
How to start with the optical properties of 2D materials with the VASP code?
8
What are the pitfalls for the simulation of MOF materials with VASP?
10
Why does the VASP electronic step not stop after getting converged?
8
How can I find the binding energy for exciton (optical gap) with VASP?
9
Why VASP calculates the elastic constant for another trigonal space group?