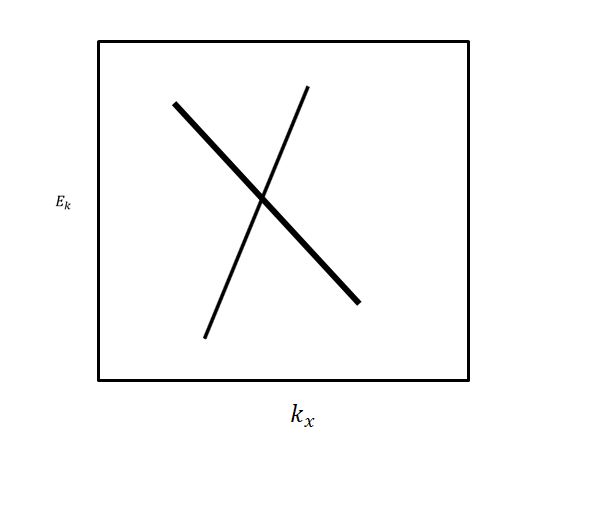 I came up with this doubt because if we consider the band dispersion relation as linear, then

Which contradicts the fact that Weyl Fermions are massless.

But If we consider it as the latter one then the derivative is not defined at the Weyl node? Where am I wrong in my calculations and concepts?

A Weyl point does indeed have linear dispersion. The effective mass tensor you are using $\frac{1}{m^*_{ij}}\propto\frac{\partial^2\varepsilon(k)}{\partial k_i \partial k_j}$ is not really well-defined here. After all, we only define the effective mass that way to match the common non-relativistic equation $\varepsilon = \frac{\hbar^2 k^2}{2m^*}$. A Weyl point is in no sense described by such an equation since its low-energy effective Hamiltonian is relativistic. Specifically, the effective Hamiltonian is a generalization of the Weyl Hamiltonian from high energy physics. This generalized form is $$ \tag{1}H(k) = (a_\mu\cdot k)\sigma^\mu $$ (more on this in the next section). The ordinary Weyl equation from high energy physics is given by the special case $H_{weyl}=k\cdot \sigma$. This describes massless chiral fermions as described in many other places.

As a final note, I just want to mention that there are also so-called multi-Weyl points which have non-linear dispersion and have higher chiralities. More about them here

Not the answer you're looking for? Browse other questions tagged band-structure weyl-semimetal effective-mass energy-dispersion topological-matter or ask your own question.