Can replacing some of the atoms in a covalent network with that of the element one atomic number higher make it nonstick? [closed]

Want to improve this question? Add details and clarify the problem by editing this post.

I originally made the title the question I had that is a more suitable question but then it ended up too long. I had the idea that if you replace some of the atoms in a covalent network with the atom of the element 1 atomic number higher, it will create antibonding electrons which random walk and some of them might random walk to the surface atoms filling their outer shells and making the surface nonstick and low friction if the network didn't already have low friction. I think this has so many applications. I believe that when a surface is etched smooth by a liquid whose contact angle with it is more than 0° so that the liquid won't cling to the material then evaporate redepositing what it etched away and then it goes against another surface that was also etched smooth, sometimes the force of kinetic friction per area is much higher than normal because of energy getting absorbed in the vibrations of the surface atoms sliding along one another. I also read on one web page that diamond has high friction with itself in an ultra high vacuum because its the atoms of the two surfaces form bonds with one another; and on another web page that diamond is not used as a space lubricant because it can wear out because of its high friction. I thinking it gave a coefficient of kinetic friction of diamond on itself in an ultra high vacuum as 1. I believe that when it is smooth and the normal force per area in contact is low, kinetic friction per area except for really low speeds is much higher and varies linearly with the sliding speed and is independent of the normal force, unlike what I learned in physics that it is independent of the sliding peed and varies linearly with the normal force. So maybe one problem with diamond is its friction with itself is so high in the area of contact that is comparable to its shear modulus and so it undergoes the stick-slip phenomenon and then parts in the tiny area of contact crash at really high speeds comparable to the speed of sound in the substance which I read was about 12 km/s, causing cracks to start or propagate and wear it out. I believe that by replacing some of the atoms in a covalent network with those of the element one atomic number higher and etching it smooth, it could be made nonstick and have a force of kinetic friction per actual area in contact at the atomic level that might not be very low at all but will still be far less than the shear modulus of the material. Maybe treated diamond could be etched into a Santoku chef's knife with a blade that is 2 atoms thick. My question is

Has there ever been a discussion of the idea of replacing some atoms in a covalent network with that of the element one atomic number higher to make the surface nonstick or low friction? Can somebody who is an expert at looking hard for discussions on the desired topic tell me whether or not they are able to find a discussion of this idea and tell me the effort they made to find one if they can't find one?

Then if researchers read the answer to this question, they might be able to use it to help them invest in new research more efficiently.

Update: This answer says one problem with graphene sheets is it has edges which are reactive. Maybe this idea could also be improvised to graphene sheets as well. Most of the nitrogen atoms in them will create antibonding electrons but a few of them will cause the atoms at the edges of a graphene sheet to have a full outer shell.

I don't know of any discussions of the idea of replacing atoms in a covalent network with the atom one atomic higher having the effect of the random walking elections themselves filling the outer shells of the surface atoms. However, I know that the web page https://www.adadiamonds.com/knowledge-base/canary-yellow-lab-grown-diamonds talks about yellow lab grown diamond made by adding nitrogen into the diamond. It said nothing about the nitrogen doing what I described to the diamond. I do not have the expert skills or resources to go hunting for such discussions. I wrote this answer for no other reason than I had information about the canary yellow lab grown diamonds. And this is not the best answer there could be and should not be a substitute for another answer by somebody who has those expert skills and resources.

At least, this answer tells about a company that is producing that type of diamond. Maybe researchers will then invest in research on whether that type of diamond would actually have the outer shells of its surface atoms filled by the antibonding elections already knowing that if they determine the answer to be yes, they will thereafter work with the company that produces that type of diamond to actually get it produced more efficiently. However another issue to address is that the movement of those electrons to the surface might create an entire surface full of electric diploes and cause it to attract polar substances such as water or other objects made of that kind of diamond. 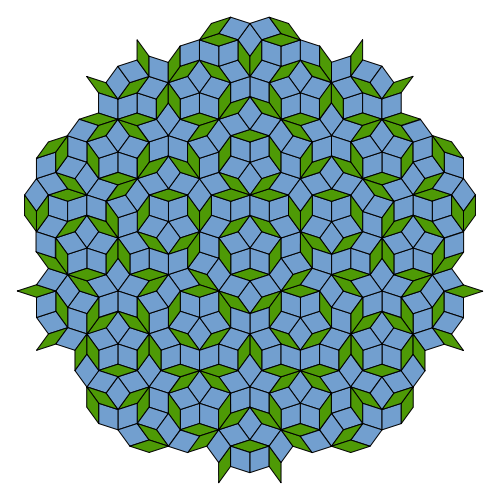 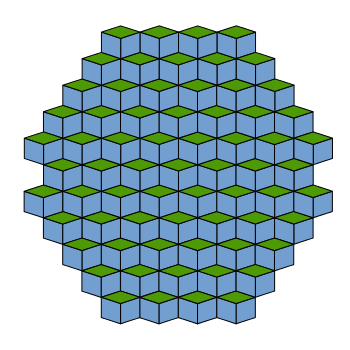 12
Has a form of diamond with certain properties ever been theorized?
3
Can corundum be considered a covalent network?
-4
Has there been research on improving the strength of graphene-based materials?

12
Has a form of diamond with certain properties ever been theorized?
3
Can corundum be considered a covalent network?
7
Is it possible to get complex numbers as solutions for a secular determinant in simple Hückel method (SHM)?
14
What are the physical consequences of adding a constant to the diagonal of the effective Hamiltonian of monolayer materials?