I am trying to understand the fundamental physics of a kind of problem. I will introduce a specific example and then list some of the broader qualms I hold. I have observed many band structures, be it spin-polarized or spin-degenerate. Let's take the case of CrI$_3$, a well-studied 2D van der Waals semiconducting magnet. The monolayer band structure is what one would expect - it has spin-polarized carriers at the band edges, i.e. the majority and minority carriers occupy different energy eigenstates. Moving onto the bilayer, however, the band structure is spin-degenerate. Many papers like this one [1] report PT-symmetry (Parity-Time) as the cause for the degeneracy: basically, the Hamiltonian commutes with the product of P$\cdot$T. My main questions, which is not just specific to CrI$_3$, are as follows: 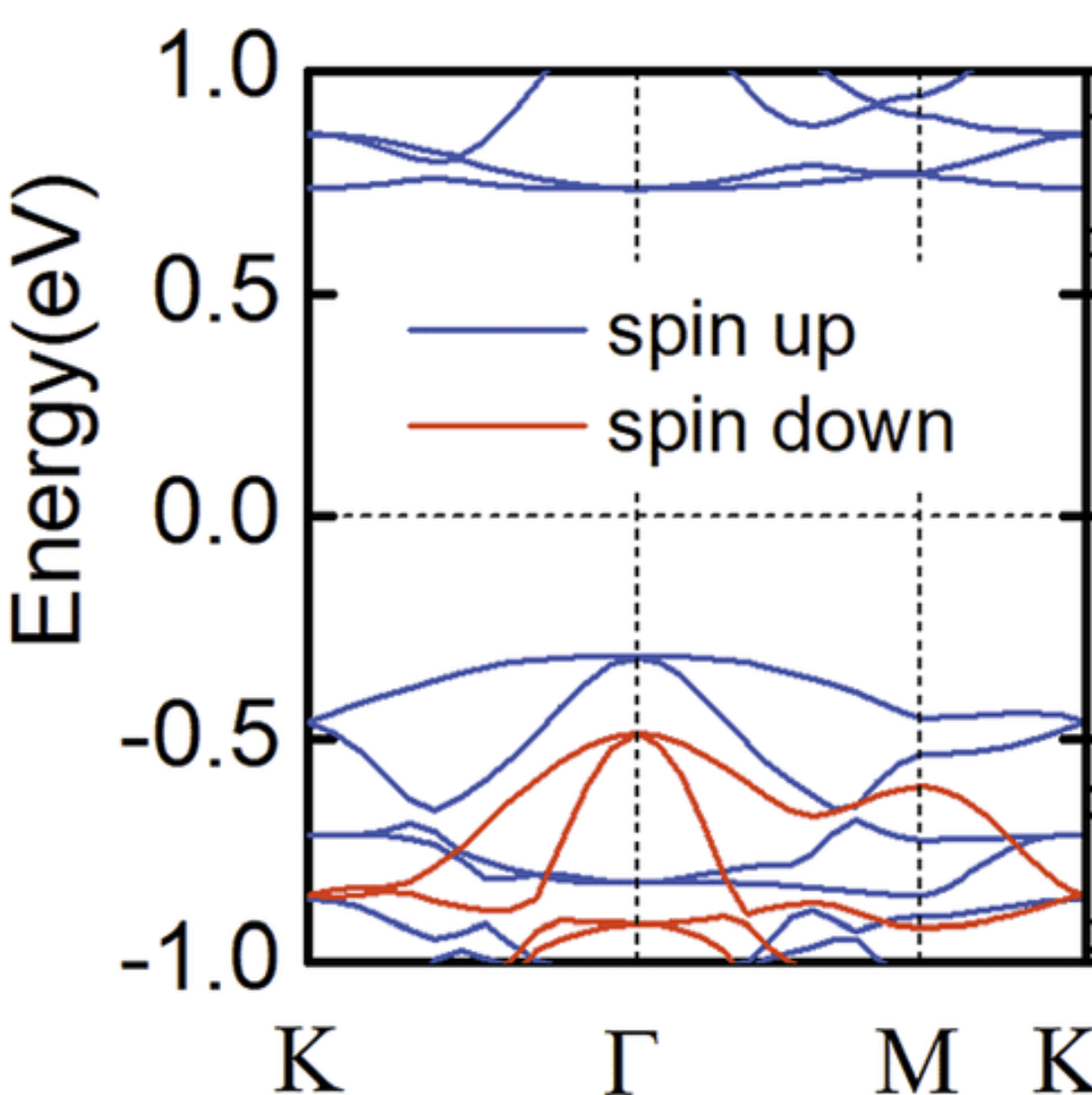 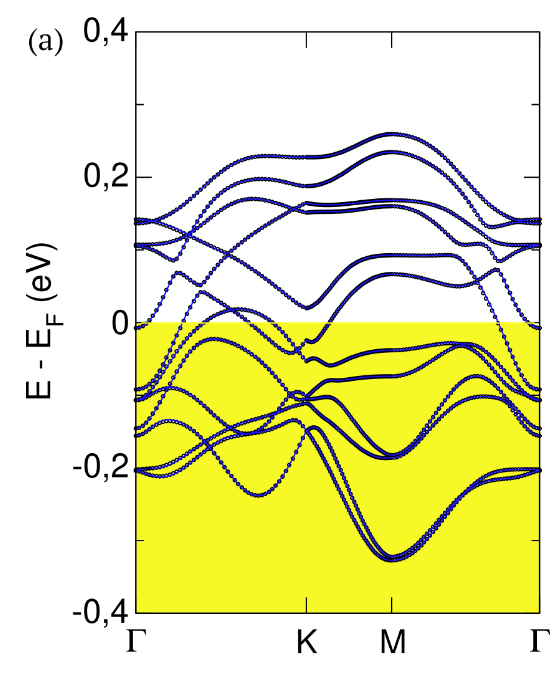 PS: I am well aware that the answer might involve a thorough level of detail, so I'm very open to awarding bounty points for detailed answers.

Basically, your question is related to the relationship between symmetries and energy bands. In the following, I will give a summary you can refer to and give a course link to prove them.

The atomic crystal of CrI$_3$ exhibits inversion symmetry ($\mathcal{P}$) with two inversion centers, one inside the monolayer and the other in between neighboring monolayers. The AFM order reduces the crystal symmetry by removing the interlayer inversion center. Therefore, an AFM bilayer breaks the inversion symmetry, although an FM bilayer does not. Another important feature is that the AFM ordered phase preserves $\mathcal{P}\mathcal{T}$ symmetry while it breaks $\mathcal{P}$ and $\mathcal{T}$ independently; hence, no polarization exists in the ordered phase.

Disclaimer: The previous answer can not be accepted. Because it doesn't solve the main point: $\mathcal{P}$ and $\mathcal{T}$ are broken but the combined $\mathcal{PT}$ is conserved.

I have sent an email to the corresponding author of CrI3 and state the problem with him. I will list the main points below although I can't prove them.

This is irrelevant to whether P/T is the symmetry of the system.

A more detailed point-to-point answer after a long time:

Is there a rigorous way to look at new material, to say if PT-symmetry would lead to a spin degeneracy? Because from what I've read, and I could totally be wrong, it looks like people do band structure calculations and then attributes such a degeneracy to PT-symmetry.

Both the time-reversal operator $(\mathcal{T})$ and $\mathcal{PT}$ operator are anti-unitary operators for spin-half particles and admit the Kramers' degeneracy theorem for the spin (One can find an exact proof for this degeneracy theorem in this book: chapter IV)

I do not hold a good theoretical physics footing, so I don't know much about PT symmetry with regard to specific systems, but I do know about the universal CPT symmetry that is preserved. Is one just a subset of the other?

Finally, I am having a hard time trying to understand how the system can break inversion symmetry and time-reversal symmetry but the product of these two symmetry operators is still a 'good' quantum number i.e. one that commutes with the Hamiltonian.

This question can be explained by the following screencast: 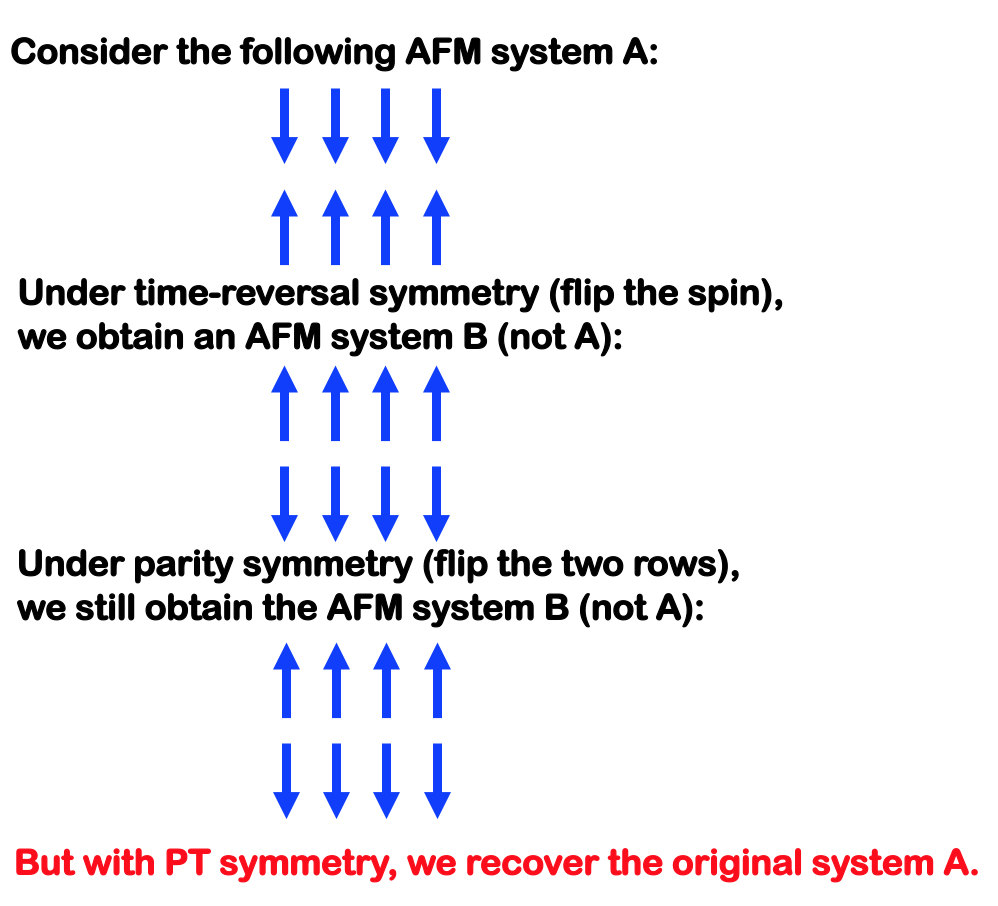 18
Calculating HSE06 band structures on Quantum ESPRESSO
14
conceptual problem about the energy band along the High symmetry point in the Brillouin zone
10
How to analyze the band symmetry with Quantum ESPRESSO?
4
How can I obtain seperate spin-up and spin-down bands while considering Spin Orbit Coupling in Quantum ESPRESSO?
6
Calculating the surface state with Wannier tools
11
Does the spin polarised DFT calculation mean broken time reversal symmetry?