How to analyze density of states? 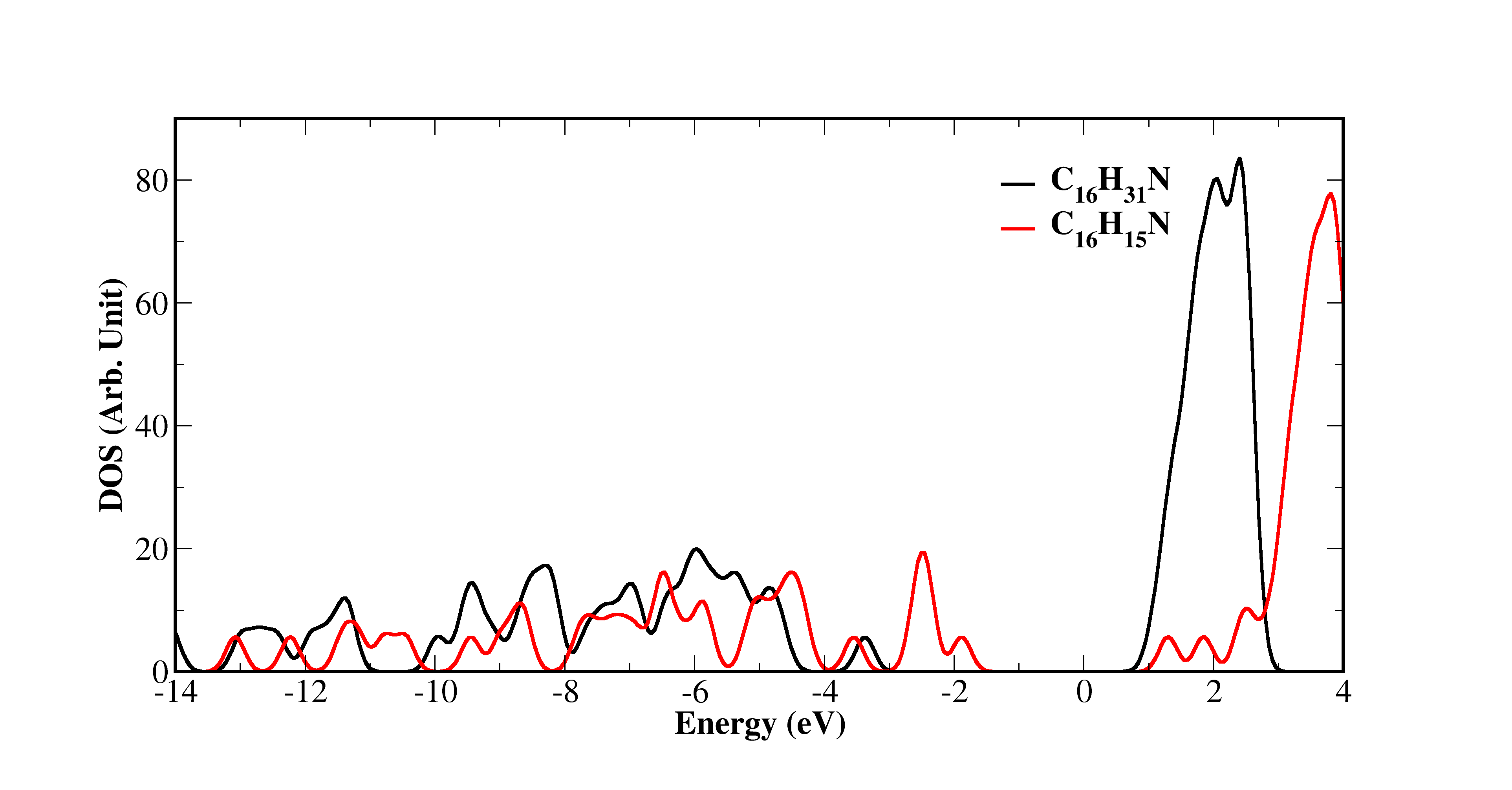 . When the system is Hydrogen lean, the valence band maximum (HOMO) shifted towards Fermi level and bandgap of the system decreased. How I can explain this DOS in terms of pi, pi*, sigma, sp3, sp2, localization, and delocalization of charge?

If you are specifically interested in "bonding character" when using a plane-wave DFT code, you're going to need to carry out a population analysis dedicated to such a task. Arguably, your best bet would be to carry out a Crystal Orbital Hamilton Population (COHP) analysis using LOBSTER. Another option that can provide similar orbital-based information is a periodic Natural Bonding Orbital (NBO) analysis, as implemented in this code. There is also the Solid State Adaptive Natural Density Partitioning (SSAdNDP) method, as implemented here.

In order to do that, you need to use the Partial Density of States (PDOS) were you can have the contribution of each atom/orbital to the DOS.

Not the answer you're looking for? Browse other questions tagged density-of-states hydrogen-bonds or ask your own question.