How to identify a semi-metal from the band structure?

A semimetal is a material with a very small overlap between the bottom of the conduction band and the top of the valence band.

A rigorous definition of a semimetal can for example be found in the mathematical literature (e.g. this paper: arXiv:2002.01990v1 [math-ph], pdf version, assumption 2.5). The basic idea is that the Fermi surface, i.e. the union of points where occupied an unoccupied bands meet, consists exactly of isolated points, the Dirac points. These points are what is called "conical", meaning that you can make a linear approximation of the bands around them, such that the upper (unoccupied) and lower (occupied) bands looks like a double cone.

So essentially the overlap should consist exactly of isolated points and the bands further clearly separate at the point in the form of a cone.

Here the vertical extent of the boxes indicates the allowed energy regions and the green areas indicate the regions filled with electrons. 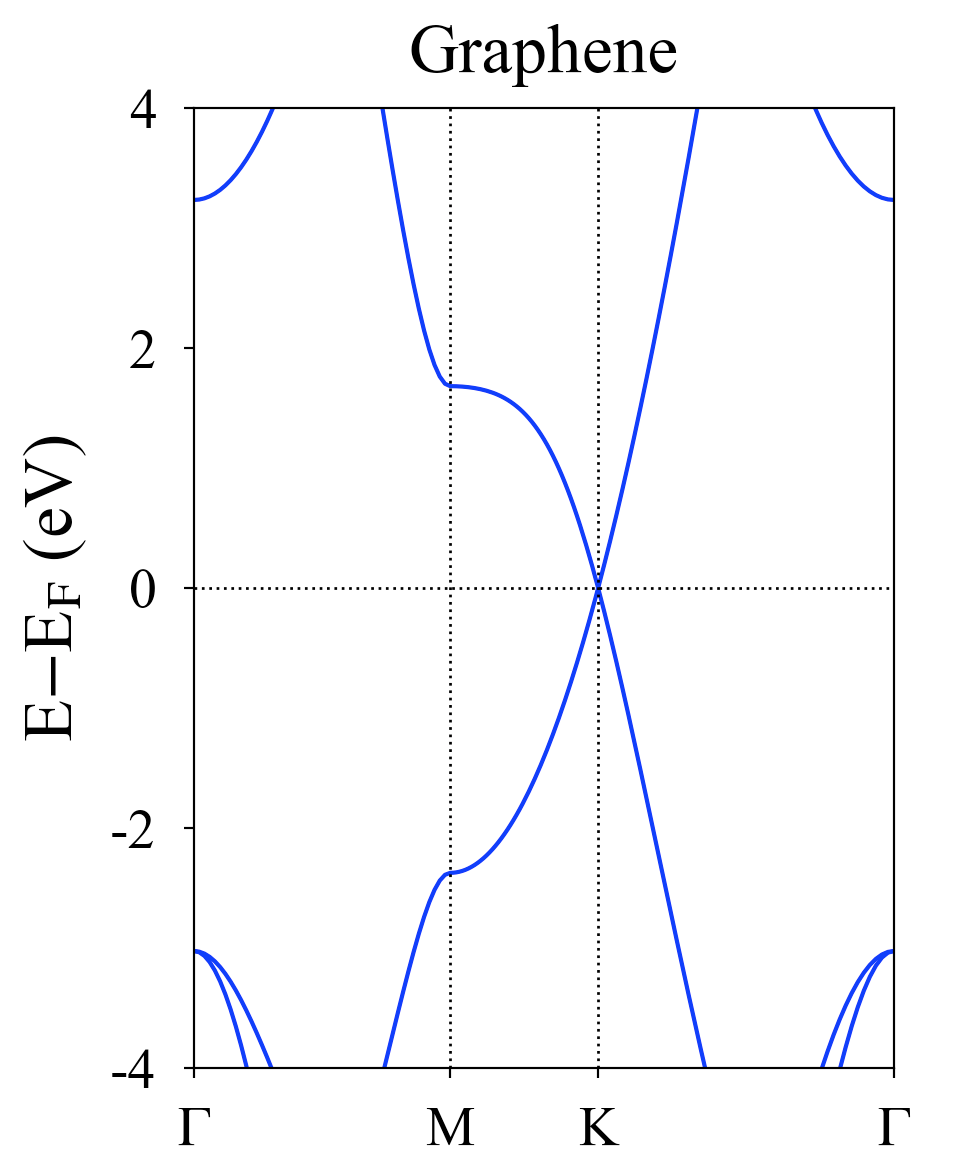 I guess the touched two bands should share an energy window between $[0,0.005]$ eV. And you can identify that by first-principles energy band calculation.

PS: A pure semiconductor becomes an insulator at absolute zero. The left of the two semiconductors shown is at finite temperature, with carriers excited thermally. The other semiconductor is electron-deficient because of impurities.

Not the answer you're looking for? Browse other questions tagged electronic-structure or ask your own question.

24
How to overcome the exponential wall encountered in full configurational interaction methods?
14
What are the computational limits of explicitly correlated methods?
15
Properties that can be deduced from Band structure and DOS
10
Quantifying electronic overlap?
9
How can I simulate the work function given by Ultraviolet Photoelectron Spectrum (UPS)?
7
What differences are there when modeling metal-organic-frameworks as isolated clusters or periodic solids?
9
PT-symmetry leading to spin-degenerate band structures
14
Gaussian-type orbitals vs Slater-type orbitals in terms of computational efficiency
8
Can the color of gold metal be reproduced by modeling only the conduction electron band structure, or do atomic absorption lines contribute?
10
How can I be sure that I have found the conduction band minimum in DFT?