How can I implement the Cartesian harmonics?

However, I believe that, because a water molecule can be described by any Cartesian coordinates if all the atomic distances (i.e., $\ce{O-H}$, $\ce{O-H}$, and $\ce{H-H}$) are correct, $\psi(r)$ can not be determined to a single value.

How can I deal with this problem and implement the Cartesian harmonics? 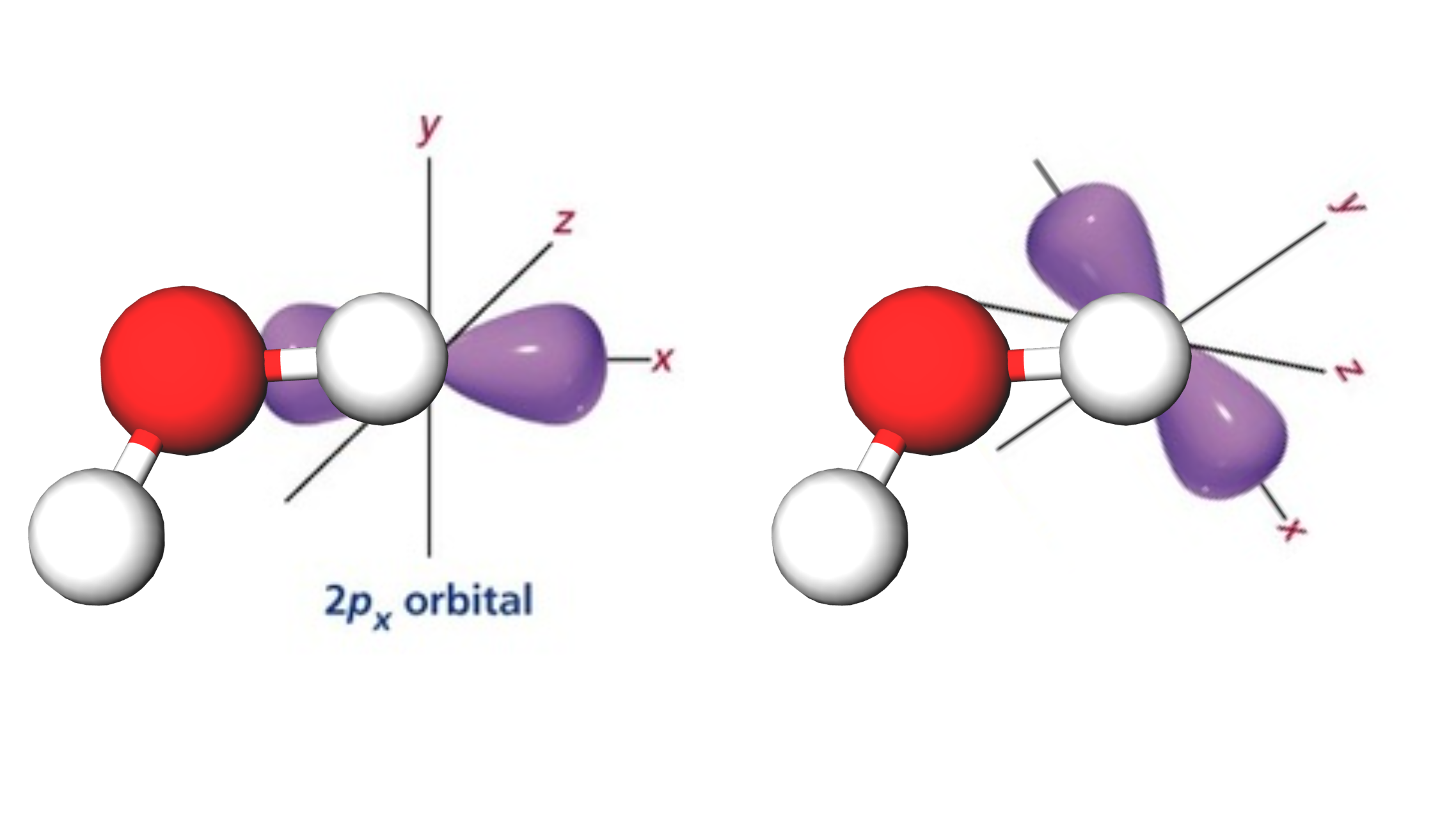 The question is not very well-posed. However, the question appears to be about whether rotational invariance is honored by LCAO calculations.

While Cartesian functions were used in the early days of quantum chemistry, and form part of e.g. the infamous 6-31G* basis set, they have mostly fallen out of use, since they contain angular degeneracies, the number of which increases rapidly in the angular momentum.

In quantum chemical calculations, the pure basis turns out to be of the form $\psi({\bf r}) = N r^l Y_{lm} \exp(-\alpha r^2)$. This is very convenient, since one can express the solid harmonics $Y_{lm}$ in terms of the cartesian functions. You can find a table on Wikipedia, but it is also quite simple to program up the bare equations to get the translation for arbitrary angular momentum. The transformation has also been discussed by Schlegel and Frisch in Int. J. Quantum Chem. 54, 83 (1995).

So, finally.. why are LCAO electronic structure calculations rotationally invariant?$^*$ No matter how you rotate the molecule, the spherical harmonics span the same angular degrees of freedom: e.g. when you rotate $Y_{10}$ into a new coordinate system, it is still expressible in terms of $Y_{10}$, $Y_{1,-1}$ and $Y_{11}$; the expansion coefficients are given by the so-called Wigner's $D$ matrix. This means you will always get the same energy regardless of how you rotate your system; the individual components of the wave function will just change.

$^*$ Rotational invariance doesn't hold fully for e.g. density functional calculations, since the quadrature grids employed to integrate the density functional are not rotationally invariant. The error can, however, be made insignificantly small by using a large enough quadrature grid. This error is also removed by default by transforming the molecule into a standard orientation; see Chem. Phys. Lett. 209, 506 (1993).

Addendum based on postscript: sounds like your problem is just not understanding how the molecular orbitals are defined. You don't need to try to align the orbitals; they arise automatically by solving the self-consistent field equations. The molecular orbitals are linear combinations of the atomic orbitals, so they'll automatically figure out what is the best combination. There are no atomic orbitals in a molecule, they're just basis functions used in the expansion, the coefficients of which are found by minimizing the total energy of the resulting wave function.

Not the answer you're looking for? Browse other questions tagged molecular-modeling quantum-chemistry mathematical-modeling orbitals or ask your own question.

9
How to build cartesian representations of spherical Gaussian basis functions?

14
What is the impact of the orientation of a molecule in cartesian coordinates to molecular properties?
14
Bond Order: When and how is it used today?
6
I get an error 'Conversion from Z-matrix to cartesian coordinates failed' in Gaussian09. Any suggestions?
9
Normalization constant and Roothaan Equations
10
Transformation between two different sets of molecular vibrational normal coordinate systems
7
Computing analytic derivatives of molecular Hamiltonians obtained from solving Hartree-Fock equations
8
Given the adjacency matrix of a molecule, how can I get a graphical representation using only open source software?
5
The format and values provided by Basis Set Exchange
6
Transforming basis functions from Cartesian to speherical
9
How to build cartesian representations of spherical Gaussian basis functions?