What does a density of states (DOS) plot show?

I have plotted the density of states using GGA-PBE exchange correlation functional for magnesium silcide but I really do not know what the equations involved are in this process, and how they relate to DFT? 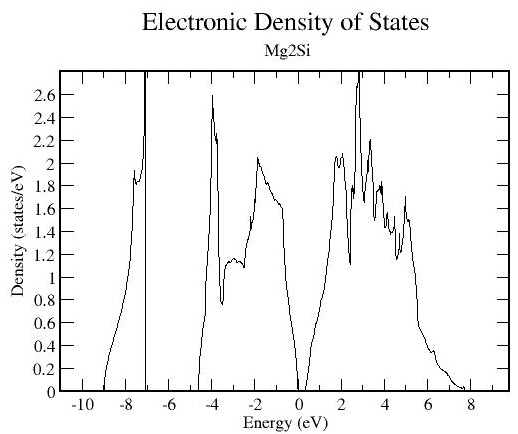 From the Wiki page, the density of states (DOS):

The DOS is not directly linked to DFT, it is a solid state concept about how the electrons are energetically distributed. The DFT is the method used to calculate it (there are other method that can be used).

Not the answer you're looking for? Browse other questions tagged density-functional-theory band-structure density-of-states terminology or ask your own question.

15
Properties that can be deduced from Band structure and DOS
6
How to interpret density of states and band structure of a material?