I relaxed Na2S2 molecule in QuantumEspresso and plotted the planar average of potential energy across z axis so as to find the Vacuum potential. This is the output I got : 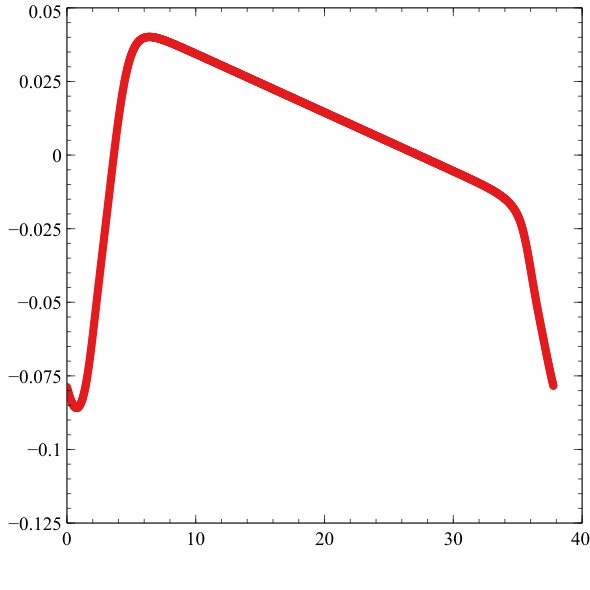 As you can see the vacuum potential is not constant making it impossible to calculate it. While following the same procedure for Na2S I got the following: 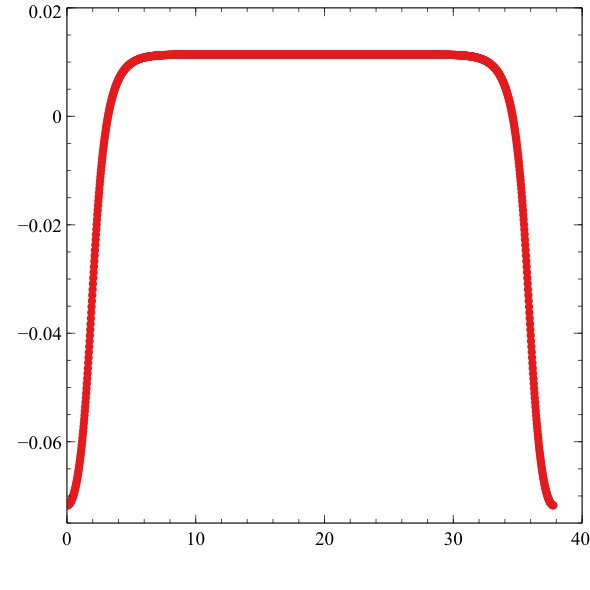 as you can see the vacuum potential is a constant value. What could be a reason for what happened in the case of Na2S2? How can I solve it ?

The input file for the geometry optimization of Na2S2:

As mentioned by Phil Hasnip in the comments, placing a $\mathrm{Na_2S_2}$ molecule under periodic boundary conditions is akin to simulating a 3d array of these molecules. If the molecule has a nonzero dipole moment, this give rise to an electric (dipole) field between adjacent 2d "planes" of molecules. Unless you take care to orient the dipole of your molecule along a specific cartesian axis, it can point in any direction of the cell. I.e. the effect you are seeing along the z direction may as well exist along x and y with different magnitudes proportional to the component of the molecular dipole in that direction.

As with a parallel plate capacitor, at sufficient distance from the 2d "planes" of molecules the electric field is roughly constant, giving rise to the linear region of the potential in your plot. The purpose of the dipole correction is to place a counter-dipole of opposite magnitude at a position sufficiently far away from the molecule in order to "flatten" the potential curve. I'm not quite sure what you mean by "when I add dipole correction gave me two vacuum potentials". When done right (see e.g. this example by Christoph Wolf), you should simply obtain a flat potential.

Finally, you don't state the purpose of this calculation (and there may be valid reasons for you to use Quantum ESPRESSO) but if it is to compute quantities like the ionization potential or the electron affinity of a molecule, don't use a code with periodic boundary conditions. This is what quantum chemistry codes are for, and there are both great commercial and free implementations.

Not the answer you're looking for? Browse other questions tagged quantum-espresso vacuum-potential or ask your own question.

32
What is a good replacement for Gaussian?

17
Are there problems with the Tran-Blaha modified Becke-Johnson potential (mBJ, a.k.a. TB09) in Quantum ESPRESSO?
17
How does the mBJ potential give an accurate band gap as compared to LDA and GGA?
10
How to calculate the energy of conduction band and valence band with respect to vacuum in quantum espresso?
8
Why volume of unit cell is not the same as cubing the lattice constant?