How to address the errors on Automated Topology Builder? 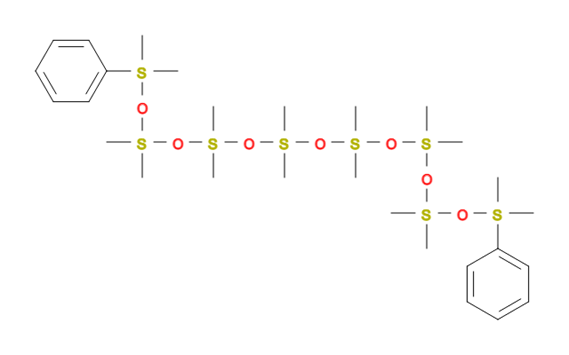 But I get the following error despite using the right number of hydrogens.

What does it mean by inappropriate geometry? I have tried to address the steric clashes by flattening the whole polymer from a curled conformation. But both of them result in the same error. However the same structure would process easily without the benzene rings and $\ce{-CH3}$ group in their places. What am I missing? 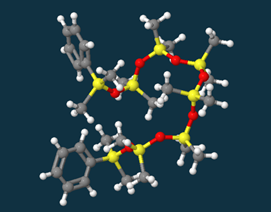 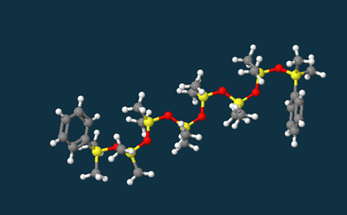 Did you want to draw Si instead of S? Sulfur atoms bonded to two oxygens and two carbons, like the ones you have drawn here, are at least very rare, if not non-existent. It makes much better sense if what you want is to calculate the molecule with silicons instead of sulfurs, since that will be a silicone oligomer, which looks much more natural than the molecule you are drawing here. The highly non-conventional electronic structure of the four-coordinate sulfur atoms is probably the cause of the SCF convergence failure.

Not the answer you're looking for? Browse other questions tagged molecular-dynamics gromacs automatic-topology-builder or ask your own question.

13
How to find out the total functional form of the forcefield that is being used for a current simulation in GROMACS?
14
How can I decide on the order of different monomers in a co-polymer?
6
Is it possible to simulate the Raman spectra via Molecular Dynamics (MD) using the GROMACS package?
8
Generating topology for charged molecules
10
How do I calculate the radial distribution function from the centre of mass of unit cell in GROMACS?
7
How to go from Tinker parameter file to GROMACS topology file for improper and proper dihedrals?
10
What does vacuum signify in the simulation box after the simulation?
10
How can I modify the Martini v2 or v3 force field to increase the Lennard Jones potential well depth (epsilon)?