What is the electrical behavior of the material with this band gap?

Presently I am doing DFT calculations to analyse the electronic structure of a material. I got the band structure as shown in the figure. I would like to know the electrical behavior of this material. The Fermi Energy is shifted to 0 eV. 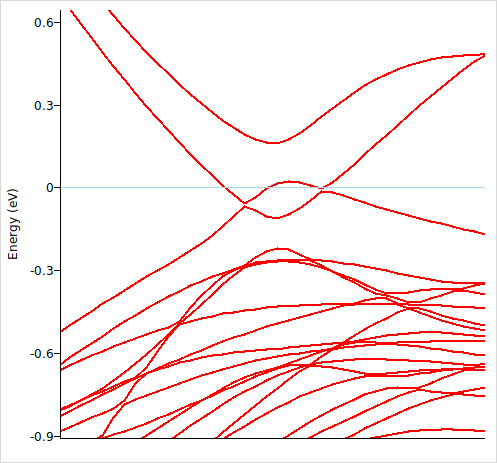 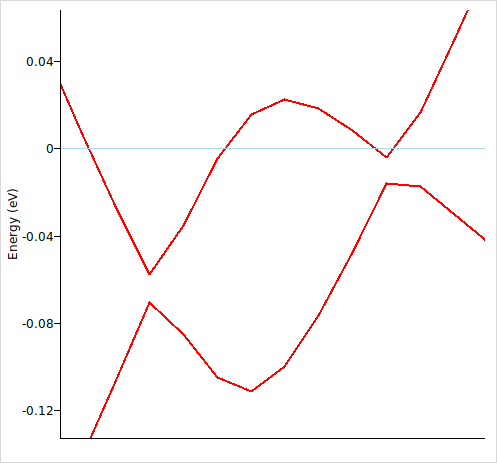 The short answer is that this is a metal because of the following reasons:

In a broader answer one may abstract from the example and consider a material with a tiny band gap at the Fermi level. Of course, there are several types of materials that come near such a situation. I would like to discuss this from the point of view of semiconductor physics:

In semiconductors you have a larger bandgap and you can dope your material with certain atoms to place states within the bandgap. Typically these dopands are chosen such that these states are found near one of the band edges. In such situations there are temperatures T with a $k_\mathrm{B}T$ that is at least in the same ballpark as the energy difference between the dopant states and the nearest band edge but considerably smaller than the band gap. This allows an ionization of the dopant atoms and the electrons (or holes) related to the dopant states become free charge carriers. This is practical because you can control the concentration of charge carriers within a large temperature window by the amount of doping. Within the Drude model the conductivity of the material $\sigma_0$ is connected to this charge carrier concentration $n$ by

where $q$ is the charge of the carrier, $m$ is its effective mass, and $\tau$ its average traveling time between collisions.

You have a different situation in which there are no dopant atoms but you have a very small bandgap. At a vanishing temperature such a material has no free charge carriers and therefore an insulating behavior. For finite temperatures $k_\mathrm{B}T$ is at least in the same ballpark as the bandgap. If you increase the temperature starting with very small T, this will also increase the concentration of free charge carriers and with this the conductivity of the material. This is a different behavior than what you expect in metals. In metals you would expect a minimal resistivity at tiny T and an increase of the resistivity with temperature because the electron-phonon scattering would also increase. Of course, you would also have this mechanism in your situation but it would not dominate the behavior. At much higher temperatures you would observe a metal-like behavior.

Let me finally mention that there are variations of the tiny bandgap situation that may be of interest when thinking about the behavior of such a system. For example you might have Dirac cones at the Fermi level. This means no bandgap but a certain dispersion of the bands. Another case may be the the presence of Weyl points. I will not dive into the physics of such cases.

EDIT: An additional thought: Depending on the XC functional DFT calculations typically underestimate the bandgap and sometimes predict metals even though the material actually is an insulator. Maybe the example shows such a case.

12
DFT vs tight-binding solutions for a Dirac cone in graphene: Why is the DFT version squeezed?
16
Why is the band gap of graphene "opened" in this VASP calculation?
13
Si energy band values are not matching with literature values
5
Calculating the band structure with different unit cell
9
Band theory: effective mass and Hall's coefficient
10
How can I be sure that I have found the conduction band minimum in DFT?
8
Do NSCF calculations on Supercell gives different band gap than the Unit Cell?
3
What does it mean if the Fermi level crosses into the valence band? How about into the conduction band?
6
Optical Band gap determination from absorption coeffecient using DFT