What is the difference between a half metal (HM) and a spin gapless semiconductor (SGS)?

I would like to know what is the difference between a Half metal (HM) and a Spin Gapless Semiconductor (SGS) in terms of definition and DOS/Bandstructure appearance. 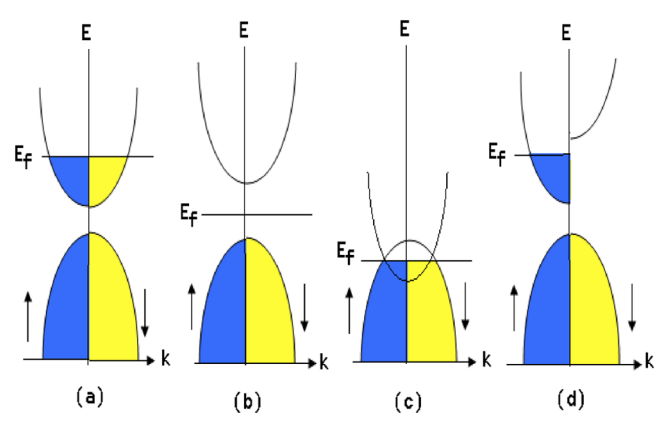 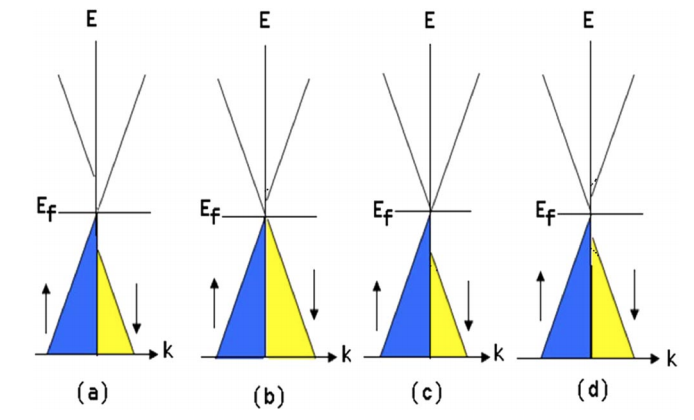 Compared to the band structure of half metal, one spin channel of SGS is touching slightly (gapless).

Take a careful look at the cited paper and then you will figure out the difference!

11
What's the crystal orbital Hamiltonian population?
12
How to model an anti-ferromagnetic crystal in quantum ESPRESSO properly?
13
Deciding the number of CPUs for a DFT calculation for band structure in Quantum ESPRESSO?
10
Spin considerations for the bandgap and optical excitations
9
PT-symmetry leading to spin-degenerate band structures
7
What is the meaning of the "PRIMCELL.vasp" file generated by VASPKIT tool during bandstructure inputs generation?
11
Can crystal field splitting energy or spin-splitting energy be detected in a density-of-states plot? How?
12
What is the difference between DOS and PDOS?
9
Can these Band-gap specifications be attributed to a Half-Semiconductor material?
4
Why I have difference between DOS and BAND gap?