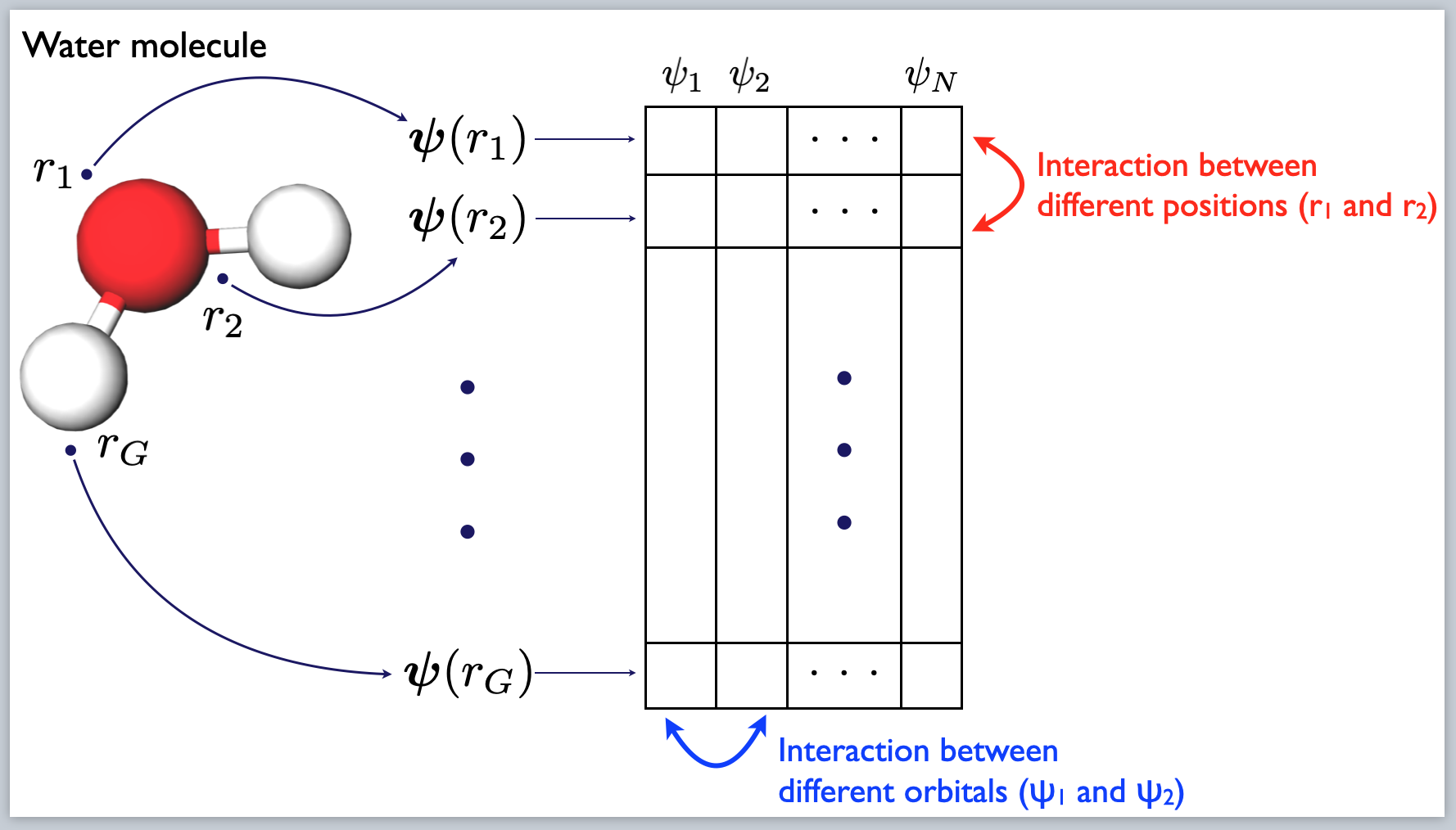 The non-interacting orbitals in exact KS-DFT still interact between different distances and different orbitals, so the answer is (1) and (2).

Addendum: what you attempted to do with the grid, i.e. a real-space solution of the wave function can actually be achieved with e.g. finite differences or finite elements, see my open access review in Int J Quantum Chem 119, e25968 (2019).

Not the answer you're looking for? Browse other questions tagged density-functional-theory electronic-structure or ask your own question.

7
Approaches to understanding different relative energies between semiempirical and DFT methods
12
Is there any relation between static correlation and finite-temperature smearing?
9
Are electron dipolar spin-spin interactions included in DFT calculations?
9
Visualize electron density using pyscf
4
One-to-one correspondence between electron density and external (Coulomb) potential
8
A mapping between effective potential and non-interacting electrons moving on the potential
5
Different between ENCUT and ENAUG in the VASP setting?