How to work with unit cells in Vesta

I am really confused about why whenever I add one molecule into vesta, around 6 show up randomly not at that position? What's the correct procedure for working unit cells? 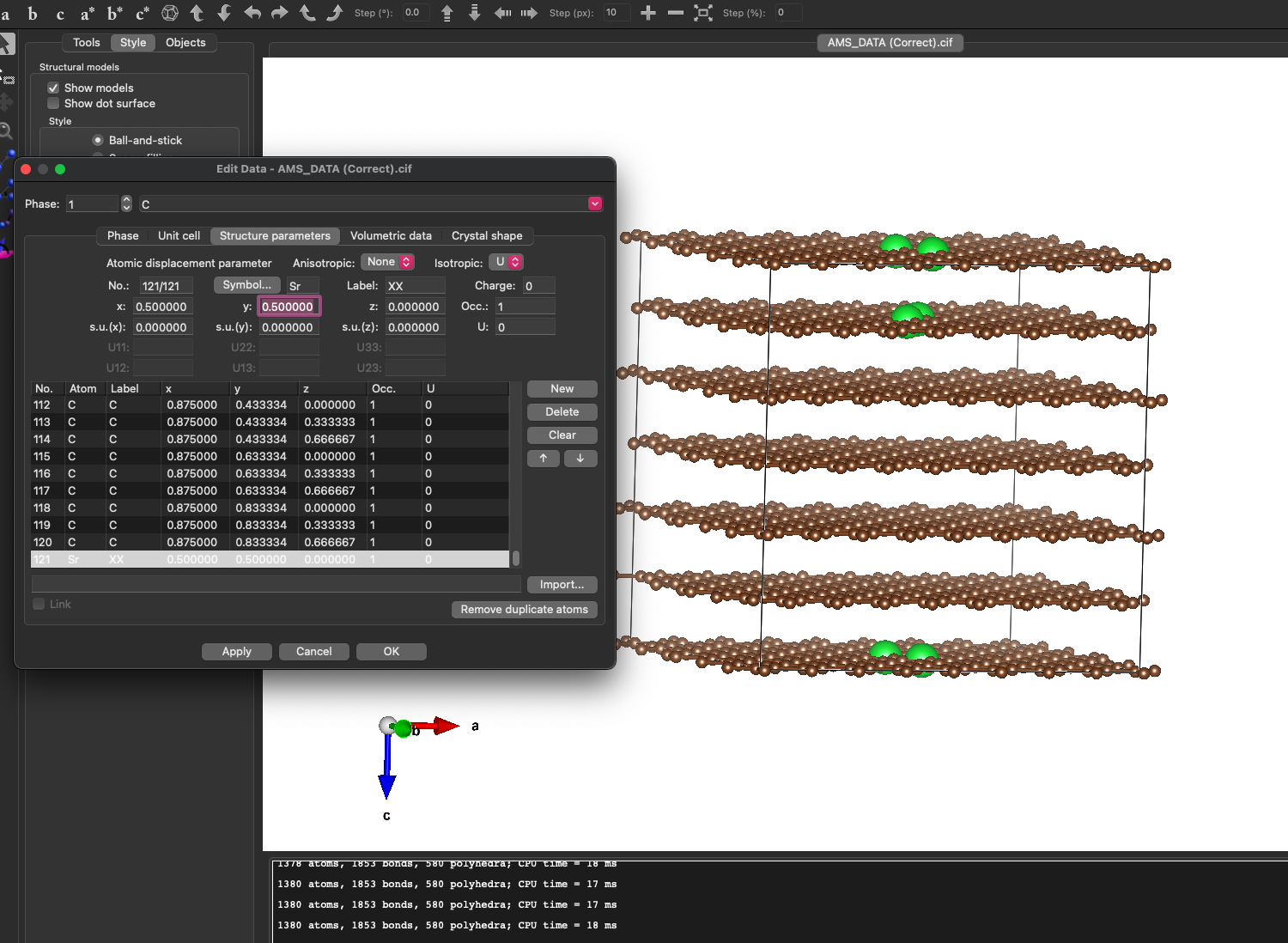 Nevermind, it turned out I was using a CIF file, transforming and then using structural parameters to add atoms, converting to .vasp fixed all the issues!

More detailed answer, I was using a CIF unit cell file, which is fairly normal, and then transformed it to a supercell, and was trying to add molecules using "Edit Data > Structural Parameters", however the issue with this was that by editing a CIF file, there was some issue, so exporting the supercell into .vasp, and then re-opening it and using edit data, it worked much better.

Not the answer you're looking for? Browse other questions tagged vesta or ask your own question.