Currently, I did a Monte Carlo simulation with the local update and Wolff cluster updated in 2D classical Ising model. I use the autocorrelation function to compare 2 different algorithm in critical temperature (T ~ 2.269). That's what I got. 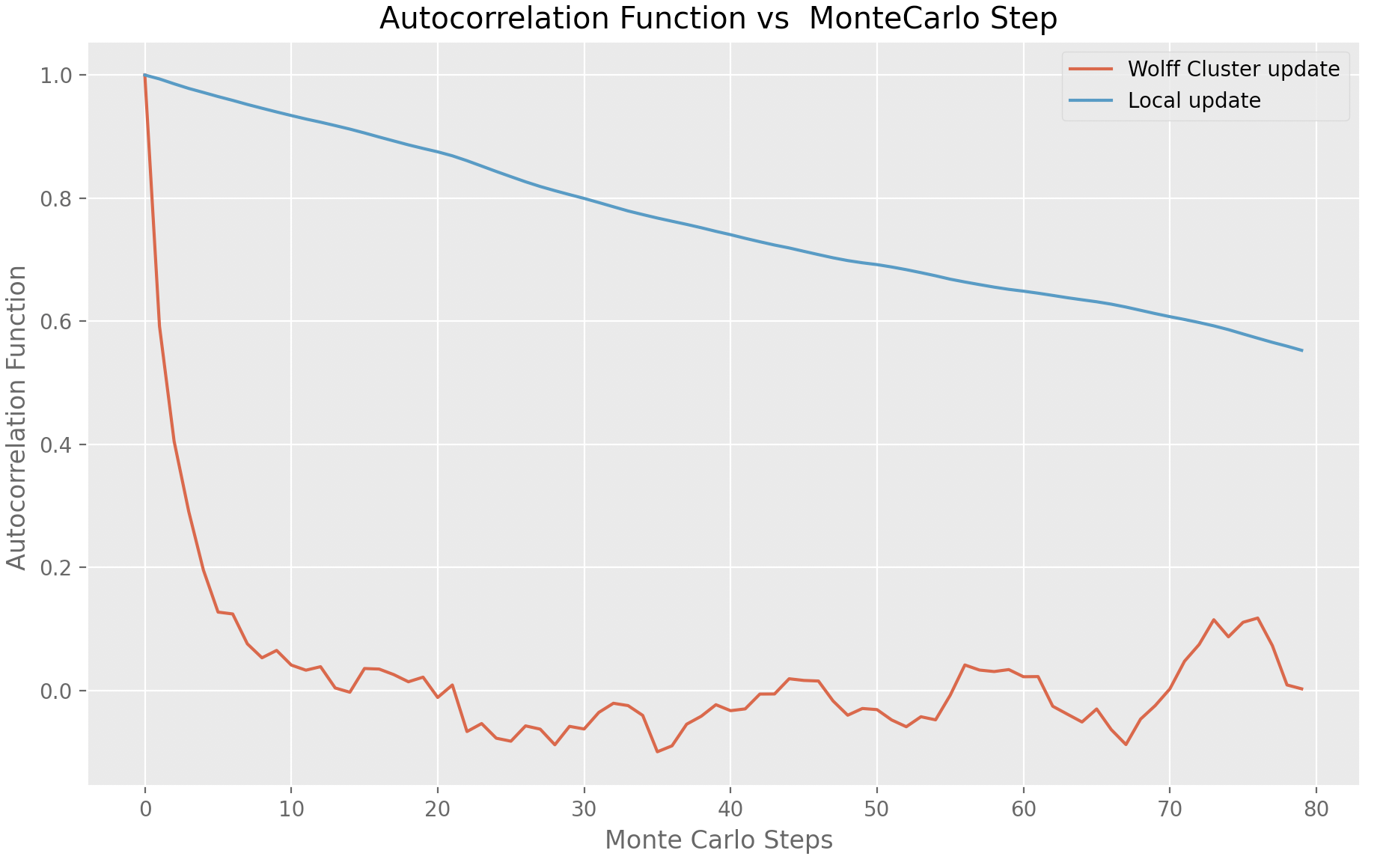 Is it correct? The local updated algorithm didn't show the exponential decay in the beginning. And it will become negative as it pass through 0. What I expect is that it has an exponential decay in the beginning and fluctuate around 0 once the sample become decorrelated. The equation I used to evaluate the autocorrelation function is $$A(\tau)=\frac{\langle Q_kQ_{k+\tau}\rangle-\langle Q_k\rangle^2}{\langle Q_k^2\rangle-\langle Q_k\rangle^2}.$$

it will become negative as it pass through 0

if it's a robust trend, there seems to be something wrong - you can check a good source such as Janke's book (especially Chap. 3 [pdf]), Sandvik notes, or this question in Physics SE.

@stafusa's answer is great, but there is a specific phenomenon you are encountering here called critical slowing down, which is especially bad for the single-spin-flip Metropolis Algorithm.

Near the critical point, the typical cluster size diverges. For the single-spin-flip algorithm, it's really hard to flip these huge clusters, so the autocorrelation time can increase dramatically. Cluster algorithms sidestep this issue by flipping big groups of spins at once.

To learn more you can take a look at "Overcoming critical slowing down", Gould and Tobochnik, Computers in Physics 3, 82 (1989). Or you can look at p. 79 of "Monte Carlo Methods in Statistical Physics" by Newman and Barkema.

Not the answer you're looking for? Browse other questions tagged model-hamiltonians monte-carlo ising-model quantum-monte-carlo spin-models or ask your own question.

18
What are good random number generators for Monte Carlo calculations?